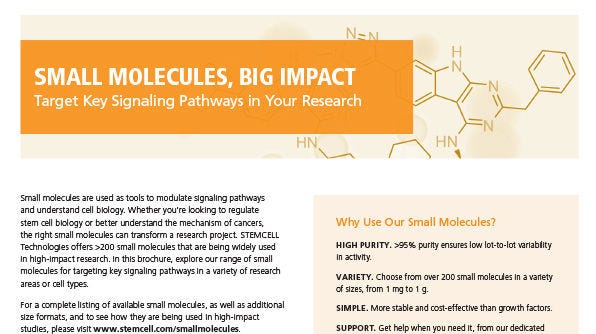 The generation of pluripotent stem cells from an individual patient would enable the large-scale production of the cell types affected by that patient's disease. These cells could in turn be used for disease modeling, drug discovery, and eventually autologous cell replacement therapies. Although recent studies have demonstrated the reprogramming of human fibroblasts to a pluripotent state, it remains unclear whether these induced pluripotent stem (iPS) cells can be produced directly from elderly patients with chronic disease. We have generated iPS cells from an 82-year-old woman diagnosed with a familial form of amyotrophic lateral sclerosis (ALS). These patient-specific iPS cells possess properties of embryonic stem cells and were successfully directed to differentiate into motor neurons, the cell type destroyed in ALS.
View publication
Production of pancreatic hormone-expressing endocrine cells from human embryonic stem cells. D'Amour KA et al. Nature biotechnology 2006 NOV

Of paramount importance for the development of cell therapies to treat diabetes is the production of sufficient numbers of pancreatic endocrine cells that function similarly to primary islets. We have developed a differentiation process that converts human embryonic stem (hES) cells to endocrine cells capable of synthesizing the pancreatic hormones insulin, glucagon, somatostatin, pancreatic polypeptide and ghrelin. This process mimics in vivo pancreatic organogenesis by directing cells through stages resembling definitive endoderm, gut-tube endoderm, pancreatic endoderm and endocrine precursor--en route to cells that express endocrine hormones. The hES cell-derived insulin-expressing cells have an insulin content approaching that of adult islets. Similar to fetal beta-cells, they release C-peptide in response to multiple secretory stimuli, but only minimally to glucose. Production of these hES cell-derived endocrine cells may represent a critical step in the development of a renewable source of cells for diabetes cell therapy.
View publication
The role of retinoids and retinoic acid receptors in normal hematopoiesis. Collins SJ Leukemia 2002 OCT

The dramatic therapeutic activity of all-trans retinoic acid (ATRA) in inducing terminal granulocytic differentiation of the malignant promyelocytes that characterize human acute promyelocytic leukemia (APL) has led to numerous studies assessing the role of retinoids and the retinoic acid receptors (RARs) in the regulation of normal hematopoiesis. Studies with knock out mice indicate that retinoic acid receptor activity is not essential for normal hematopoiesis, but both in vitro and in vivo studies indicate that these receptors may be important modifiers/regulators of different myeloid precursors/ progenitors including the primitive transplantable stem cell. A number of target genes have been identified that are either directly or indirectly regulated by RA receptors and which likely play important roles in the retinoid-mediated regulation of myelopoiesis. Several in vitro models of hematopoiesis suggest that the transcriptional activity of RA receptors is developmentally regulated during different stages of myelopoiesis. This regulation might involve non-ligand mediated molecular events that alter the interaction of RA receptors with transcriptional corepressor complexes. Moreover, the interaction of RA receptors with other families of transcription factors expressed in different hematopoietic lineages might also account for differential RA receptor activity at different stages of myelopoiesis.
View publication
View All Publications