Promote, rather than inhibit, neuronal activity and maturity in your cultured primary or human pluripotent stem cell (hPSC)-derived neurons in a phenol red-free environment.

To ensure cell survival in long-term serum-free culture, BrainPhys™ Without Phenol Red must be combined with an appropriate serum-replacement supplement, such as NeuroCult™ SM1 Neuronal Supplement (Catalog #05711) and/or N2 Supplement-A (Catalog #07152). 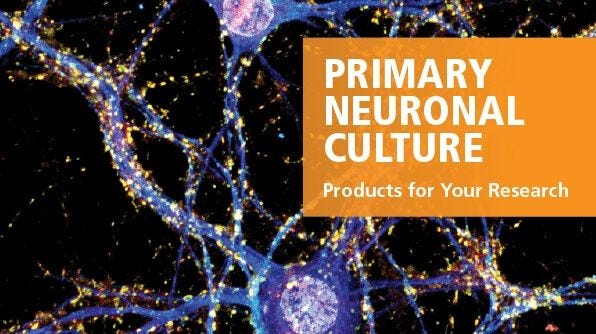 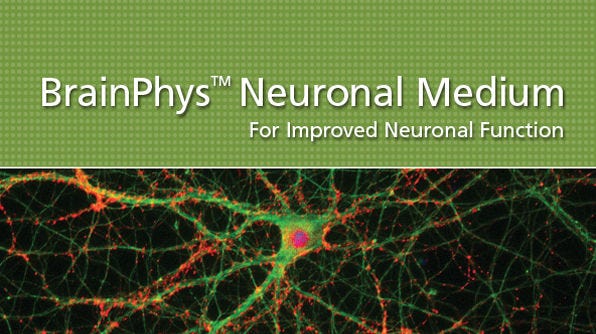 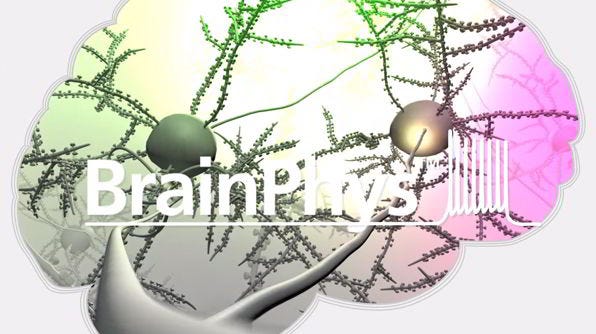 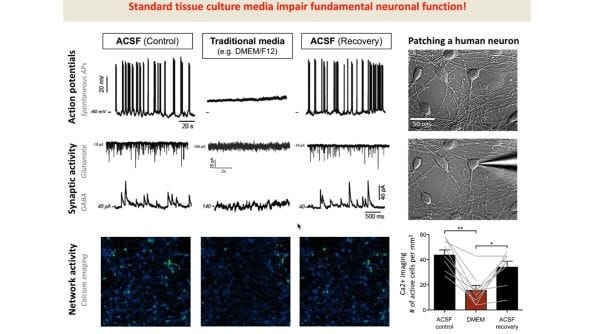 56:27
The Road to Functional Human Neuronal Circuits in Vitro
Webinar 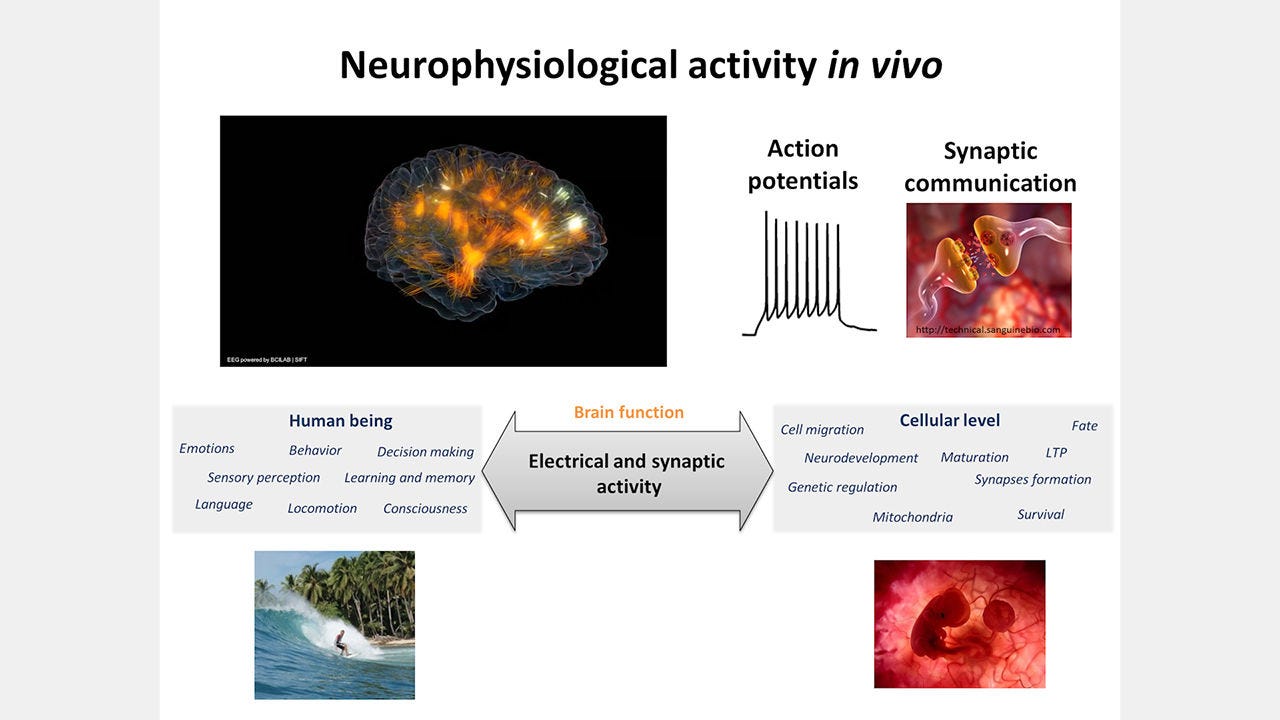 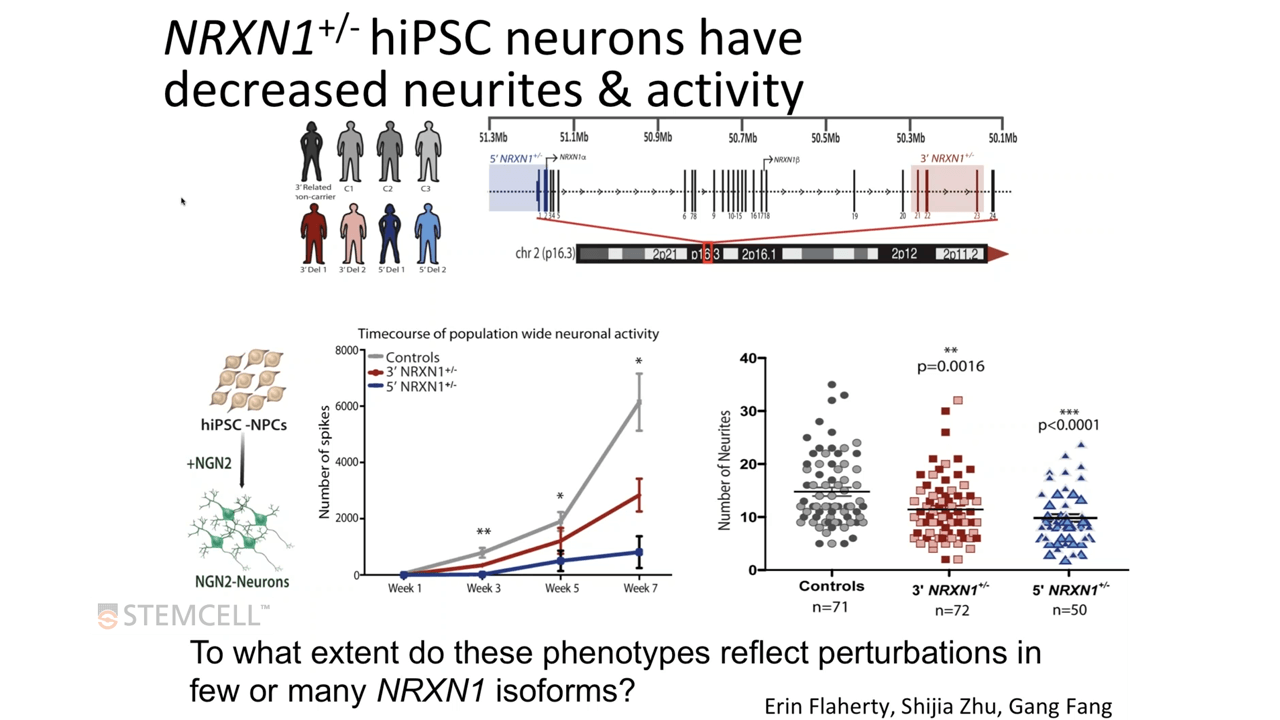 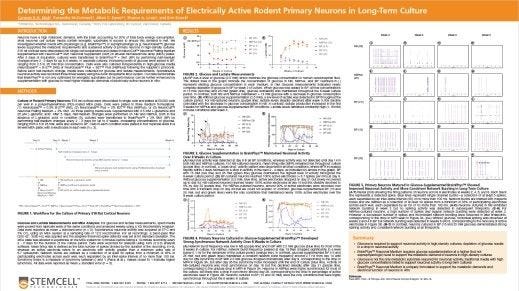 BACKGROUND Type 2 diabetes (T2D) is a recognized risk factor for the development of cognitive impairment (CI) and/or dementia, although the exact nature of the molecular pathology of T2D-associated CI remains obscure. One link between T2D and CI might involve decreased insulin signaling in brain and/or neurons in either animal or postmortem human brains as has been reported as a feature of Alzheimer's disease (AD). Here we asked if neuronal insulin resistance is a cell autonomous phenomenon in a familial form of AD. METHODS We have applied a newly developed protocol for deriving human basal forebrain cholinergic neurons (BFCN) from skin fibroblasts via induced pluripotent stem cell (iPSC) technology. We generated wildtype and familial AD mutant PSEN2 N141I (presenilin 2) BFCNs and assessed if insulin signaling, insulin regulation of the major AD proteins Abeta$ and/or tau, and/or calcium fluxes is altered by the PSEN2 N141I mutation. RESULTS We report herein that wildtype, PSEN2 N141I and CRISPR/Cas9-corrected iPSC-derived BFCNs (and their precursors) show indistinguishable insulin signaling profiles as determined by the phosphorylation of canonical insulin signaling pathway molecules. Chronic insulin treatment of BFCNs of all genotypes led to a reduction in the Abeta$42/40 ratio. Unexpectedly, we found a CRISPR/Cas9-correctable effect of PSEN2 N141I on calcium flux, which could be prevented by chronic exposure of BFCNs to insulin. CONCLUSIONS Our studies indicate that the familial AD mutation PSEN2 N141I does not induce neuronal insulin resistance in a cell autonomous fashion. The ability of insulin to correct calcium fluxes and to lower Abeta$42/40 ratio suggests that insulin acts to oppose an AD-pathophysiology. Hence, our results are consistent with a potential physiological role for insulin as a mediator of resilience by counteracting specific metabolic and molecular features of AD.
View All Publications