p38 MAPK inhibitor
Skip to the end of the images gallery 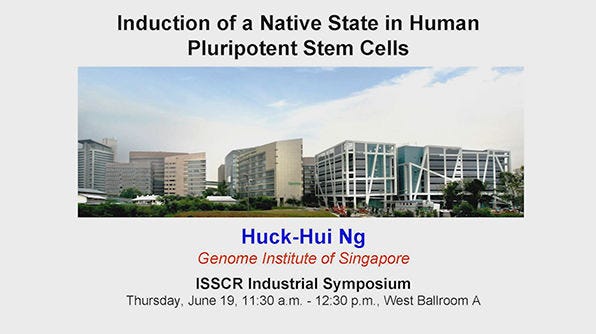 BACKGROUND AIMS Heart failure therapy with human embryonic stem cell (hESC)-derived cardiomyocytes (hCM) has been limited by the low rate of spontaneous hCM differentiation. As others have shown that p38 mitogen-activated protein kinase (p38MAPK) directs neurogenesis from mouse embryonic stem cells, we investigated whether the p38MAPK inhibitor, SB203580, might influence hCM differentiation. METHODS We treated differentiating hESC with SB203580 at specific time-points, and used flow cytometry, immunocytochemistry, quantitative real-time (RT)-polymerase chain reaction (PCR), teratoma formation and transmission electron microscopy to evaluate cardiomyocyte formation. RESULTS We observed that the addition of inhibitor resulted in 2.1-fold enrichment of spontaneously beating human embryoid bodies (hEB) at 21 days of differentiation, and that 25&percnt; of treated cells expressed cardiac-specific α-myosin heavy chain. This effect was dependent on the stage of differentiation at which the inhibitor was introduced. Immunostaining and teratoma formation assays demonstrated that the inhibitor did not affect hESC pluripotency; however, treated hESC gave rise to hCM exhibiting increased expression of sarcomeric proteins, including cardiac troponin T, myosin light chain and α-myosin heavy chain. This was consistent with significantly increased numbers of myofibrillar bundles and the appearance of nascent Z-bodies at earlier time-points in treated hCM. Treated hEB also demonstrated a normal karyotype by array comparative genomic hybridization and viability in vivo following injection into mouse myocardium. CONCLUSIONS These studies demonstrate that p38MAPK inhibition accelerates directed hCM differentiation from hESC, and that this effect is developmental stage-specific. The use of this inhibitor should improve our ability to generate hESC-derived hCM for cell-based therapy.
Differentiation 2008 APR Enhanced cardiomyogenesis of human embryonic stem cells by a small molecular inhibitor of p38 MAPK. Graichen R et al.
Abstract
View publication

Human embryonic stem cells (hESC) can differentiate to cardiomyocytes in vitro but with generally poor efficiency. Here, we describe a novel method for the efficient generation of cardiomyocytes from hESC in a scalable suspension culture process. Differentiation in serum-free medium conditioned by the cell line END2 (END2-CM) readily resulted in differentiated cell populations with more than 10&percnt; cardiomyocytes without further enrichment. By screening candidate molecules, we have identified SB203580, a specific p38 MAP kinase inhibitor, as a potent promoter of hESC-cardiogenesis. SB203580 at concentrations textless10 microM, induced more than 20&percnt; of differentiated cells to become cardiomyocytes and increased total cell numbers, so that the overall cardiomyocyte yield was approximately 2.5-fold higher than controls. Gene expression indicated that early mesoderm formation was favored in the presence of SB203580. Accordingly, transient addition of the inhibitor at the onset of differentiation only was sufficient to determine the hESC fate. Patch clamp electrophysiology showed that the distribution of cardiomyocyte phenotypes in the population was unchanged by the compound. Interestingly, cardiomyogenesis was strongly inhibited at SB203580 concentrations textgreater or =15 microM. Thus, modulation of the p38MAP kinase pathway, in combination with factors released by END2 cells, plays an essential role in early lineage determination in hESC and the efficiency of cardiomyogenesis. Our findings contribute to transforming human cardiomyocyte generation from hESC into a robust and scalable process.
The Biochemical journal 2007 DEC The selectivity of protein kinase inhibitors: a further update. Bain J et al.
Abstract
View publication

The specificities of 65 compounds reported to be relatively specific inhibitors of protein kinases have been profiled against a panel of 70-80 protein kinases. On the basis of this information, the effects of compounds that we have studied in cells and other data in the literature, we recommend the use of the following small-molecule inhibitors: SB 203580/SB202190 and BIRB 0796 to be used in parallel to assess the physiological roles of p38 MAPK (mitogen-activated protein kinase) isoforms, PI-103 and wortmannin to be used in parallel to inhibit phosphatidylinositol (phosphoinositide) 3-kinases, PP1 or PP2 to be used in parallel with Src-I1 (Src inhibitor-1) to inhibit Src family members; PD 184352 or PD 0325901 to inhibit MKK1 (MAPK kinase-1) or MKK1 plus MKK5, Akt-I-1/2 to inhibit the activation of PKB (protein kinase B/Akt), rapamycin to inhibit TORC1 [mTOR (mammalian target of rapamycin)-raptor (regulatory associated protein of mTOR) complex], CT 99021 to inhibit GSK3 (glycogen synthase kinase 3), BI-D1870 and SL0101 or FMK (fluoromethylketone) to be used in parallel to inhibit RSK (ribosomal S6 kinase), D4476 to inhibit CK1 (casein kinase 1), VX680 to inhibit Aurora kinases, and roscovitine as a pan-CDK (cyclin-dependent kinase) inhibitor. We have also identified harmine as a potent and specific inhibitor of DYRK1A (dual-specificity tyrosine-phosphorylated and -regulated kinase 1A) in vitro. The results have further emphasized the need for considerable caution in using small-molecule inhibitors of protein kinases to assess the physiological roles of these enzymes. Despite being used widely, many of the compounds that we analysed were too non-specific for useful conclusions to be made, other than to exclude the involvement of particular protein kinases in cellular processes.
Genes & development 2005 MAY p38 MAP kinase inhibition enables proliferation of adult mammalian cardiomyocytes. Engel FB et al.
Abstract
View publication

BACKGROUND Transplantation of endothelial progenitor cells (EPCs) improves neovascularization after ischemia, but patients with coronary artery disease (CAD) or diabetes mellitus show a reduced number of EPCs and impaired functional activity. Therefore, we investigated the effects of risk factors, such as glucose and TNF-alpha, on the number of EPCs in vitro to elucidate the underlying mechanisms. METHODS AND RESULTS EPCs of patients or healthy subjects were isolated from peripheral blood. Incubation with glucose or TNF-alpha dose-dependently reduced the number of EPCs (79.9+/-1.3&percnt; and 74.3+/-8.1&percnt; of control; Ptextless0.05, respectively). This reduction was not caused by apoptosis. TNF-alpha and glucose induced a dose- and time-dependent activation of the p38 MAP kinase, the downstream kinase mitogen- and stress-activated kinase 1, and the transcription factor cAMP-responsive element-binding protein (CREB), in EPCs. Moreover, EPCs from CAD patients had significantly higher basal p38-phosphorylation levels (1.83+/-0.2-fold increase; Ptextless0.05) compared with healthy subjects. The inhibition of the p38-kinase by SB203580 or infection with a dominant negative p38 kinase adenovirus significantly increased basal number of EPCs (136.7+/-6.3&percnt; and 142.9+/-18&percnt; versus control, respectively). Likewise, ex vivo cultivation of EPCs from patients with CAD with SB203580 significantly increased the number of EPCs and partially reversed the impaired capacity for neovascularization of EPCs in vivo (relative blood flow: 0.40+/-0.03 versus 0.64+/-0.08, Ptextless0.05). The increased numbers of EPCs by SB203580 were associated with an augmentation of EPC proliferation and a reduction of cells expressing the monocytic marker proteins CD14 and CD64, suggesting that p38 regulates proliferation and differentiation events. CONCLUSIONS These results demonstrate that p38 MAP kinase plays a pivotal role in the signal transduction pathways regulating the number of EPCs ex vivo. SB203580 can prevent the negative effects of TNF-alpha and glucose on the number of EPCs and may be useful to improve the number of EPCs for potential cell therapy.
View All Publications