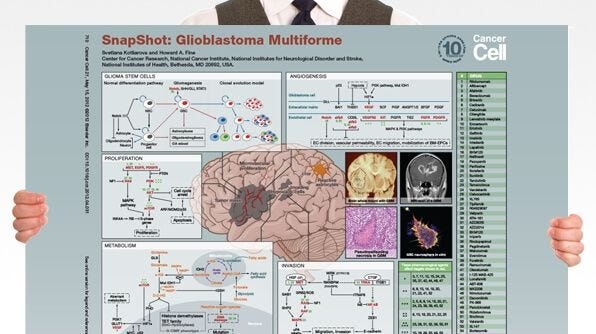 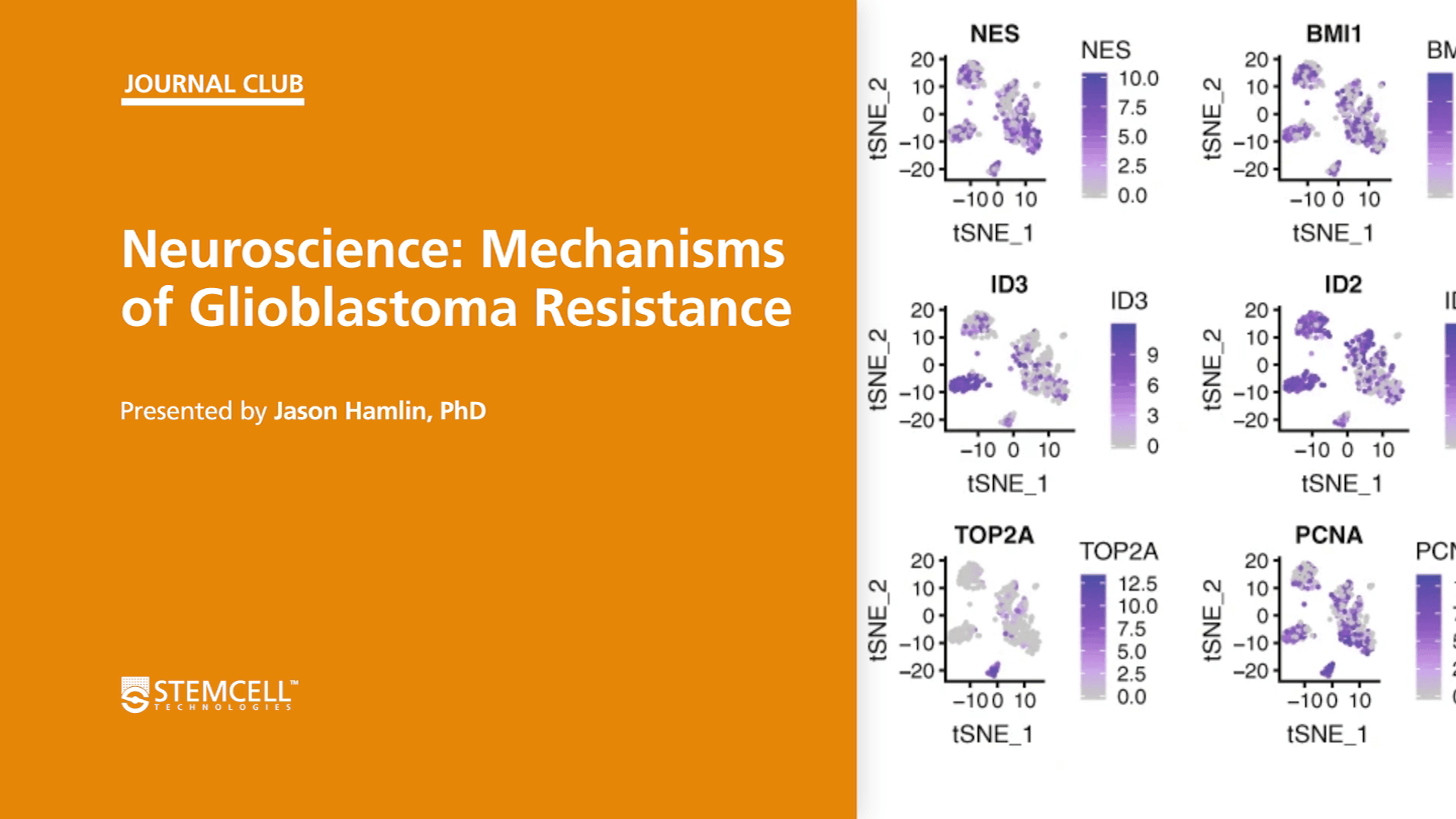 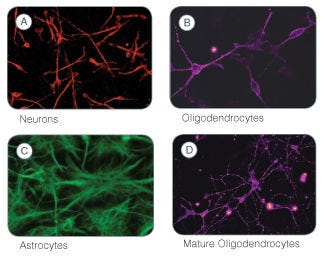 Glioblastoma (GBM) is associated with poor prognosis despite aggressive surgical resection, chemotherapy, and radiation therapy. Unfortunately, this standard therapy does not target glioma cancer stem cells (GCSCs), a subpopulation of GBM cells that can give rise to recurrent tumors. GBMs express human cytomegalovirus (HCMV) proteins, and previously we found that the level of expression of HCMV immediate-early (IE) protein in GBMs is a prognostic factor for poor patient survival. In this study, we investigated the relation between HCMV infection of GBM cells and the presence of GCSCs. Primary GBMs were characterized by their expression of HCMV-IE and GCSCs marker CD133 and by patient survival. The extent to which HCMV infection of primary GBM cells induced a GCSC phenotype was evaluated in vitro. In primary GBMs, a large fraction of CD133-positive cells expressed HCMV-IE, and higher co-expression of these two proteins predicted poor patient survival. Infection of GBM cells with HCMV led to upregulation of CD133 and other GSCS markers (Notch1, Sox2, Oct4, Nestin). HCMV infection also promoted the growth of GBM cells as neurospheres, a behavior typically displayed by GCSCs, and this phenotype was prevented by either chemical inhibition of the Notch1 pathway or by treatment with the anti-viral drug ganciclovir. GBM cells that maintained expression of HCMV-IE failed to differentiate into neuronal or astrocytic phenotypes. Our findings imply that HCMV infection induces phenotypic plasticity of GBM cells to promote GCSC features and may thereby increase the aggressiveness of this tumor.
Cell reports 2015 JAN Rapid and Efficient Direct Conversion of Human Adult Somatic Cells into Neural Stem Cells by HMGA2/let-7b. Yu K-R et al.
Abstract
View publication

A recent study has suggested that fibroblasts can be converted into mouse-induced neural stem cells (miNSCs) through the expression of defined factors. However, successful generation of human iNSCs (hiNSCs) has proven challenging to achieve. Here, using microRNA (miRNA) expression profile analyses, we showed that let-7 microRNA has critical roles for the formation of PAX6/NESTIN-positive colonies from human adult fibroblasts and the proliferation and self-renewal of hiNSCs. HMGA2, a let-7-targeting gene, enables induction of hiNSCs that displayed morphological/molecular features and in vitro/in vivo differentiation potential similar to H9-derived NSCs. Interestingly, HMGA2 facilitated the efficient conversion of senescent somatic cells or blood CD34+ cells into hiNSCs through an interaction with SOX2, whereas other combinations or SOX2 alone showed a limited conversion ability. Taken together, these findings suggest that HMGA2/let-7 facilitates direct reprogramming toward hiNSCs in minimal conditions and maintains hiNSC self-renewal, providing a strategy for the clinical treatment of neurological diseases.
Journal of proteome research 2015 FEB Tenascin-C: a novel candidate marker for cancer stem cells in glioblastoma identified by tissue microarrays. Nie S et al.
Abstract
View publication

Glioblastoma multiforme (GBM) is a highly aggressive brain tumor, with dismal survival outcomes. Recently, cancer stem cells (CSCs) have been demonstrated to play a role in therapeutic resistance and are considered to be the most likely cause of cancer relapse. The identification of CSCs is an important step toward finding new and effective ways to treat GBM. Tenascin-C (TNC) protein has been identified as a potential marker for CSCs in gliomas based on previous work. Here, we have investigated the expression of TNC in tissue microarrays including 17 GBMs, 18 WHO grade III astrocytomas, 15 WHO grade II astrocytomas, 4 WHO grade I astrocytomas, and 7 normal brain tissue samples by immunohistochemical staining. TNC expression was found to be highly associated with the grade of astrocytoma. It has a high expression level in most of the grade III astrocytomas and GBMs analyzed and a very low expression in most grade II astrocytomas, whereas it is undetectable in grade I astrocytomas and normal brain tissues. Double-immunofluorescence staining for TNC and CD133 in GBM tissues revealed that there was a high overlap between theses two positive populations. The results were further confirmed by flow cytometry analysis of TNC and CD133 in GBM-derived stem-like neurospheres in vitro. A limiting dilution assay demonstrated that the sphere formation ability of CD133(+)/TNC(+) and CD133(-)/TNC(+) cell populations is much higher than that of the CD133(+)/TNC(-) and CD133(-)/TNC(-) populations. These results suggest that TNC is not only a potential prognostic marker for GBM but also a potential marker for glioma CSCs, where the TNC(+) population is identified as a CSC population overlapping with part of the CD133(-) cell population.
Journal of Korean medical science 2015 DEC Advanced Properties of Urine Derived Stem Cells Compared to Adipose Tissue Derived Stem Cells in Terms of Cell Proliferation, Immune Modulation and Multi Differentiation. Kang HS et al.
Abstract
View publication

Adipose tissue stem cells (ADSCs) would be an attractive autologous cell source. However, ADSCs require invasive procedures, and has potential complications. Recently, urine stem cells (USCs) have been proposed as an alternative stem cell source. In this study, we compared USCs and ADSCs collected from the same patients on stem cell characteristics and capacity to differentiate into various cell lineages to provide a useful guideline for selecting the appropriate type of cell source for use in clinical application. The urine samples were collected via urethral catheterization, and adipose tissue was obtained from subcutaneous fat tissue during elective laparoscopic kidney surgery from the same patient (n = 10). Both cells were plated for primary culture. Cell proliferation, colony formation, cell surface markers, immune modulation, chromosome stability and multi-lineage differentiation were analyzed for each USCs and ADSCs at cell passage 3, 5, and 7. USCs showed high cell proliferation rate, enhanced colony forming ability, strong positive for stem cell markers expression, high efficiency for inhibition of immune cell activation compared to ADSCs at cell passage 3, 5, and 7. In chromosome stability analysis, both cells showed normal karyotype through all passages. In analysis of multi-lineage capability, USCs showed higher myogenic, neurogenic, and endogenic differentiation rate, and lower osteogenic, adipogenic, and chondrogenic differentiation rate compared to ADSCs. Therefore, we expect that USC can be an alternative autologous stem cell source for muscle, neuron and endothelial tissue reconstruction instead of ADSCs.
Frontiers in neuroscience 2015 Neurotoxic effects of AZT on developing and adult neurogenesis. Demir M and Laywell ED
Abstract
View publication

Azidothymidine (AZT) is a synthetic, chain-terminating nucleoside analog used to treat HIV-1 infection. While AZT is not actively transported across the blood brain barrier, it does accumulate at high levels in cerebrospinal fluid, and subsequently diffuses into the overlying parenchyma. Due to the close anatomical proximity of the neurogenic niches to the ventricular system, we hypothesize that diffusion from CSF exposes neural stem/progenitor cells and their progeny to biologically relevant levels of AZT sufficient to perturb normal cell functions. We employed in vitro and in vivo models of mouse neurogenesis in order to assess the effects of AZT on developing and adult neurogenesis. Using in vitro assays we show that AZT reduces the population expansion potential of neural stem/progenitor cells by inducing senescence. Additionally, in a model of in vitro neurogenesis AZT severely attenuates neuroblast production. These effects are mirrored in vivo by clinically-relevant animal models. We show that in utero AZT exposure perturbs both population expansion and neurogenesis among neural stem/progenitor cells. Additionally, a short-term AZT regimen in adult mice suppresses subependymal zone neurogenesis. These data reveal novel negative effects of AZT on neural stem cell biology. Given that the sequelae of HIV infection often include neurologic deficits-subsumed under AIDS Dementia Complex (Brew, 1999)-it is important to determine to what extent AZT negatively affects neurological function in ways that contribute to, or exacerbate, ADC in order to avoid attributing iatrogenic drug effects to the underlying disease process, and thereby skewing the risk/benefit analysis of AZT therapy.
View All Publications