Neural organoids, also known as cerebral organoids, are hPSC-derived three-dimensional in vitro culture systems that recapitulate the developmental processes and organization of the developing human brain. These ‘mini-brains’ provide a physiologically relevant in vitro 3D brain model for the study of neurological development and disease processes that are unique to the human nervous system. They have important applications in studying human brain development and neurological disorders such as autism, schizophrenia or brain defects caused by Zika virus infection. 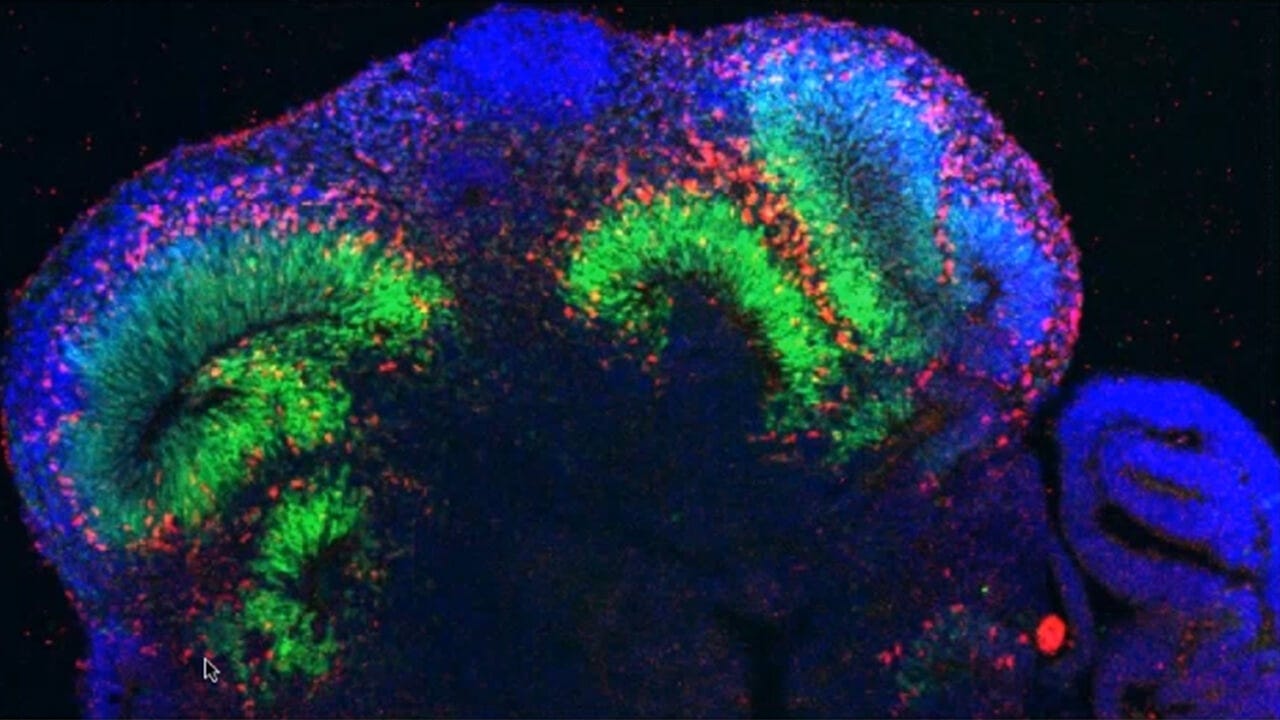 In this webinar, Dr. Madeline Lancaster, who has done groundbreaking work in the development of cerebral organoid technology, discusses the latest developments in cerebral organoids and provides a comparison of different 3D model systems being used for neurological research.

The human brain has fascinated scientists for centuries. Understanding its full capabilities and function is every neurobiologist’s dream; however, obtaining human brain tissue for experimental studies is difficult, for both practical and ethical reasons. Therefore, animals (mostly rodents) have traditionally been used as model organisms for neuroscience research, and for neurological disease and development research in particular.

However, brain structure and development vary greatly between rodents and humans, and these animal models may not be fully representative of human disease pathology. Now, researchers can obtain human neural cells by differentiating human pluripotent stem cells (hPSCs), including induced pluripotent stem (iPS) and embryonic stem (ES) cells. The ability to generate human neural cells in a relatively simple and cost-effective manner has paved the way for neuroscience research that would not have been possible 10 years ago. Researchers now have access to a physiologically relevant human model for drug discovery, cell therapy validation and neurological disease research. And since patient-specific differentiated cell types can now be generated, iPS cells can be used to bridge the gap between studies using animal models and clinical research.

Although we are now working with much more physiologically relevant neural models than before, there is still a long way to go until we can claim to have the ability to comprehensively model the human brain in vitro. An important development has been the establishment of three-dimensional (3D) cell culture models that better represent the structural complexity of the brain. Due to recent advances in 3D cell culture technologies, researchers can now complement their traditional two-dimensional (2D) cell culture paradigms with 3D models. These include spheroids, regionally specified organoids and whole-brain organoids, and opens up new ways to study brain development and neurological diseases and disorders.

From 2D to 3D In Vitro Cultures

Traditionally, adult and embryonic neurons have been cultured using 2D tissue culture techniques. This is a reductionist approach with which scientists have been able to identify key mechanistic pathways associated with relatively simple phenomena. A simplified culture system of enriched neurons has provided important and relevant insights into cell biology. However, because animal tissues, and the brain in particular, are extremely complex 3D arrangements of cells and extracellular matrices, 2D cell cultures are unable to fully represent complete tissues. Therefore, certain research questions, such as those relating to the structural development of neural tissues, cannot be addressed using a 2D cell culture system. In order to better model the human brain in vitro, researchers have realized that it is necessary to develop 3D brain models that recapitulate the brain’s structural arrangement.

It’s important to note that compared to their established 2D counterparts, 3D cell culture systems are much more heterogeneous and complex, making them quite challenging to master and analyze. Indeed, 3D culture systems may never be amenable to certain assays, such as high-throughput mechanistic screening, for example. Researchers of the future will likely use a combination of 2D and 3D cell culture models to best answer their research questions. Simple 3D culture models used by neuroscientists include neurospheres and neural aggregates.

Neurospheres: One of the earliest 3D neural culture systems is the neurosphere assay.1 Since its introduction, it has been widely used as a method to identify neural stem cells (NSCs) from the central nervous system (CNS).2-5 In the neurosphere assay, NSCs and neural progenitor cells (NPCs) are cultured in the absence of an adherent substrate. Single cells proliferate to form small clusters of cells, known as neurospheres, which grow in suspension. The multipotent cells that make up the neurospheres retain the capacity to differentiate into all of the main neural cell types of the CNS.1

Neural Rosettes: A prominent feature in popular neural induction protocols is the generation of neural 'rosettes'.8 These are morphologically identifiable structures containing NPCs, which are believed to represent the neural tube. In the rosette structure, the cells surround a central lumen and undergo mitosis at the luminal side. Even though the neural rosettes are in a 2D culture system, they mimic early neurogenesis remarkably well. The NPCs present in the neural rosette structures can then be expanded or differentiated further into mature cell types with phenotypes representative of different regions of the brain.9-14

Neurospheres and neural aggregates are useful 3D cell culture systems that can answer simple research questions; however, they are made up entirely of neural stem and progenitor cells and are devoid of other neural cell types such as neurons and astrocytes. To take the 3D culture system further, it is important to not only develop systems that contain all the relevant neural cell types in the brain, but also to have them structured in a manner that represents the brain’s in vivo cortical layering. Cortical spheroids and cerebral organoids are 3D brain models derived from hPSCs that have been shown to produce structures organized in a similar manner to the brain itself. The complexity in terms of cellular organization and composition is modulated by either omitting or adding exogenous patterning factors. Adding patterning factors results in models of a specific brain region (for example, midbrain or forebrain). Omitting patterning factors results in a heterogeneous structure with areas representing multiple brain regions within one model, a ‘mini brain’ or a whole-brain organoid.

Cortical Spheroids: The introduction of 3D culture methods to generate spheroids took the iPS in vitro cell culture system one step closer to the in vivo environment. Eiraku et al. established a 3D culture system of ES cells and named it SFEBq: serum-free floating culture of embryoid body-like aggregates with quick reaggregation.15 This is an optimized version of the SFEB method that was developed by Watanabe et al.16 In SFEBq, the ES aggregates differentiate and form a neuroectoderm-like epithelium that generates cortical neurons that then self-organize in a manner reminiscent of early corticogenesis.15 This ‘cortical sphere’ culture system was later optimized further to demonstrate unique self-organizing aspects of human neocorticogenesis.17 Further advances were made in the lab of Sergiu Paşca.18 Paşca et al. developed neural structures, termed human cortical spheroids, from iPS cells in the absence of any extracellular matrix (ECM) and with minimal patterning factors. These spheroids contain both deep and superficial cortical neurons. Importantly, the neurons are interspersed with quiescent astrocytes, a difficult phenotype to obtain ex vivo, which play an important role in synapse formation and are essential for proper neural development.19-20 Transcriptional analyses revealed that after 2.5 months of culture, the spheres resemble the developing in vivo human prenatal brain.

Cerebral Organoids or Whole-Brain Organoids: Up until the publication of Lancaster and Knoblich’s cerebral organoids, or ‘mini brains’ 21 model, no-one had generated single neural organoids that represented several different brain regions. Unlike cortical spheroids, cerebral organoids are cultured in conditions that promote self-organization and self-patterning. Instead, the aggregates are embedded in an ECM, Corning® Matrigel®. This ECM improves the polarization of the neural progenitor sheets and supports the outgrowth of large neuroepithelial buds. The buds then spontaneously develop into various brain regions in the absence of exogenous patterning factors. These regions contain ‘layers’ of neurons that resemble the organization of the developing human brain. The Lancaster protocol has been adapted further to generate midbrain-specific organoids.22 An additional development has been the application of 3D printing to generate a miniature spinning bioreactor.23 This allows independent control of the cerebral organoids in smaller volumes, compared to a typical bioreactor, which requires larger volumes and may suffer from more variability in organoid number and size.

Modeling Neurological Disease and Disorders with Neural Spheroids and Organoids

In the first paper that described unpatterned development of whole-brain organoids, the researchers used the system to study microcephaly.21 The organoids developed from patient-derived iPS cells were smaller, reminiscent of the reduced brain size of patients with microcephaly. Because of the potential link between the Zika virus and infants with microcephaly,36 research into Zika has increased significantly using brain organoids as a useful tool to study the virus’ effect on brain development. In one study, Qian et al. modified the Lancaster protocol to generate dorsal forebrain-specific organoids and used them to model Zika virus exposure.23 After exposing the early stage forebrain-organoids to two different strains of the Zika virus, they observed an infection in the neural progenitors and an overall decrease in organoid size.

Neuropsychiatric diseases, such as autism spectrum disorder (ASD), schizophrenia and bipolar disorder, have been notoriously hard to model since they affect cognitive and behavioral traits that are uniquely human.37 Using a 3D cell culture model, forebrain organoids were recently generated from patients with idiopathic ASD.30 When the organoids were compared with organoids generated from the patient’s unaffected relatives, the ASD-derived organoids showed an accelerated cell cycle, increase in synapse numbers and an overproduction of GABAergic neurons due to an overexpression of FOXG1. The authors speculated that the dysregulated gene expression of FOXG1 could be used as a potential biomarker for ASD in the future.

The handful of studies that have been conducted using 3D organoids show their great potential in studying human-specific diseases and disorders where animal models are not sufficient.38 Looking ahead, however, there are many challenges facing researchers wishing to use brain organoids.

While brain organoids are able to model the human brain remarkably well, it is still an in vitro model that lacks the typical patterning and environmental cues found in an intact embryo. The current methods for generating brain organoids do not result in an organoid that matures beyond the equivalent of the prenatal brain. Indeed, most studies using brain organoids have focused on studying early developmental events in the brain. For the many disorders and diseases that develop later in fetal development, the current models are not sufficient. One of the biggest obstacles in growing these later-stage organoids is lack of vascularization. In the developing brain, blood vessels have obvious roles in gas exchange, nutrient supply and waste removal.39 Introducing vasculature to the organoid, for example using mesenchymal cells or iPS-derived endothelial cells, could prevent cell death and enable the growth of a larger-sized organoid that may develop past the prenatal stage.37 Another cell type that is often overlooked is microglia. The resident macrophages of the brain, microglia are non-ectoderm-derived and therefore do not appear in any of the classic 2D cell culture systems or the newly advanced 3D cell culture systems that go through a neuroectoderm intermediate. But since microglia have been shown to be important for development and pathogenesis of the nervous system,40 introducing them to an organoid culture system will likely be beneficial if they are able to migrate in and take up residence as functional, ramified microglia.

These and other protocol modifications will likely increase the diversity of cell types produced as the organoid matures - perhaps even facilitate connectivity between different regions of the brain.

Perhaps the biggest caveat to the organoid technology is its limited reproducibility,21 although the same can be said about most 3D cell culture models.37 If organoids are to be used in toxicity screening or other high-throughput testing, this reproducibility problem must be addressed. Models such as the cortical spheroid that use patterning factors to control the end-result of the organoids could partly provide the answer. Future models could involve the controlled assembly of regionally specified organoids or spheroids into complex tissues that more comprehensively and reproducibly resemble the developing human brain in vitro. 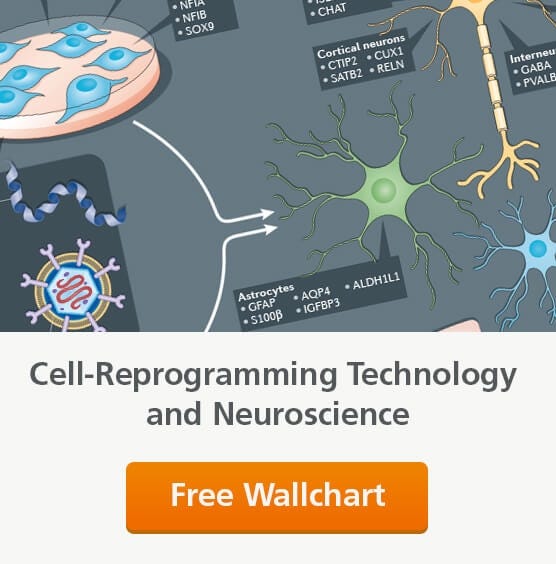