To achieve accurate results, it is important to use an optimal gating strategy when assessing cell samples via flow cytometry

There are a number of factors to consider and incorporate into your FACS staining and gating strategy, including:

The emission spectra of some existing fluorophores are quite large, so the spectral emission of a particular fluorophore can be detected by additional sensors rather than by the sensor designated to measure the emission peak of that fluorophore. This overlap of emission spectra in the various detection regions contributes to background fluorescence and leads to false- positive events during the flow cytometry analysis.

1. Fluorescence Minus One (FMO) Control

FMO controls are samples containing all the fluorophore-labeled antibodies present in the sample under study minus one. Use of FMO controls will allow proper gate setting considering the spread in background signal of the negative population for a given fluorophore emission due to the use of a flow analysis panel with multiple fluorochromes. 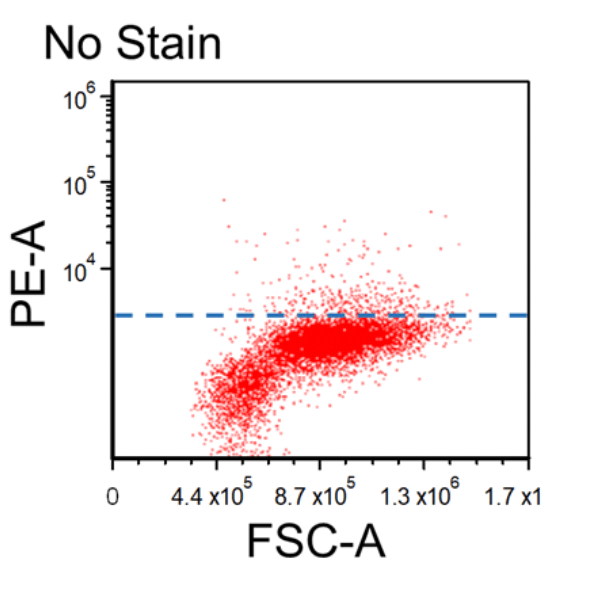 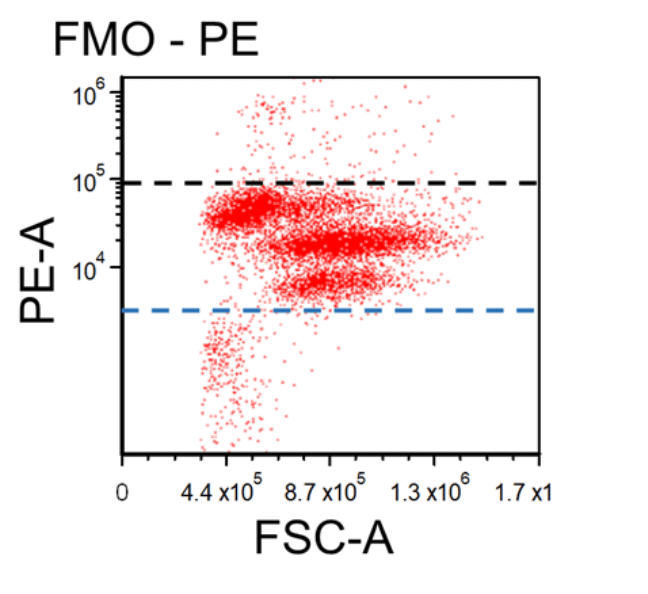 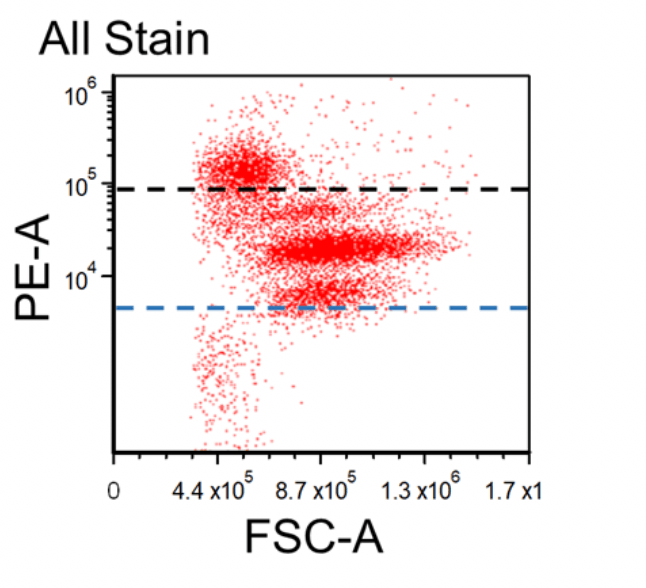 Isotype control is used as a control for nonspecific binding of a given fluorophore conjugated antibody. If an isotype control is used, it should exactly match the specific antibody for which it acts as a control in terms of heavy and light chain subtype, number of fluorochromes attached to the antibody, manufacturing process, and concentration of the antibody. Alternatively, a biological control could be used. The latter consists of a cell subset in the test sample that does not express the marker under study. 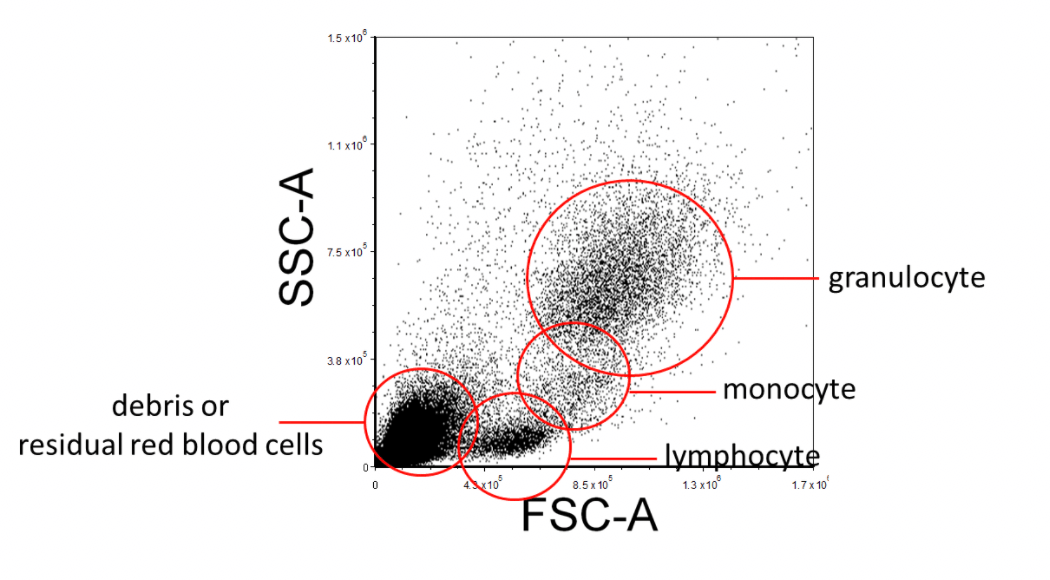 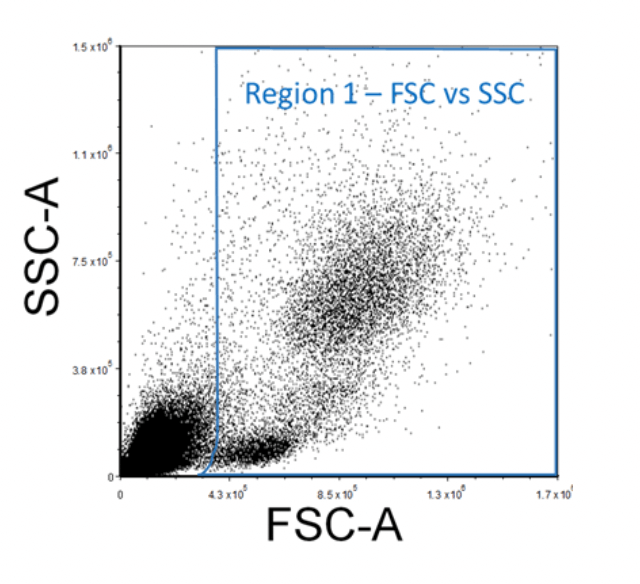 During data acquisition, multiple cells may stick together, forming doublets or multiplets, and when passing through the laser may be counted as one single event. This will potentially skew the results when multiple subpopulations are present in the sample. To exclude multiplets, create an FSC-H versus FSC-A (or FSC-W) plot, and then apply the “Region 1 - FSC vs. SSC” gate onto it. Multiplets will have higher area and width signal values compared to single cells whilst the height is roughly the same. Therefore, disproportions between height, width, and area can be used to identify doublets. Insert a region around the singlet cells; this will be “Region 2 - Singlet”. 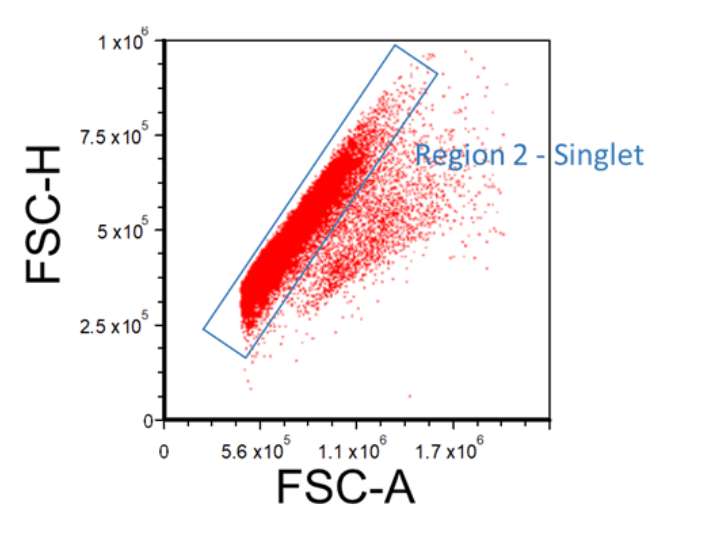 Figure 3. Example FSC-A Vs. FSC-H Plot Showing How to Gate for Singlets 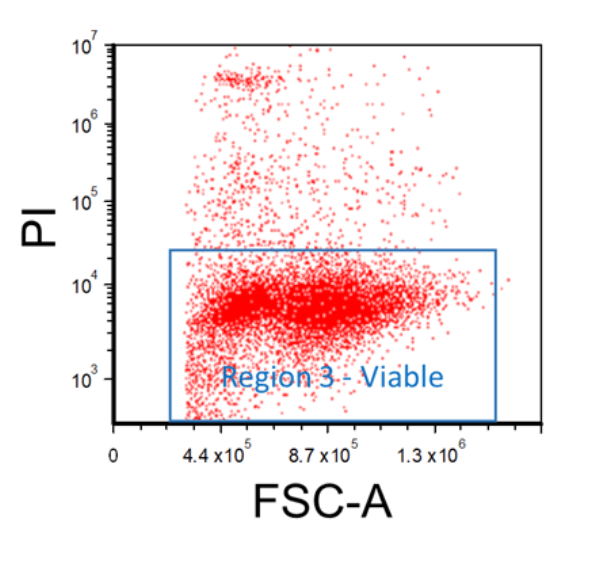 
Staining With a Leukocyte Marker 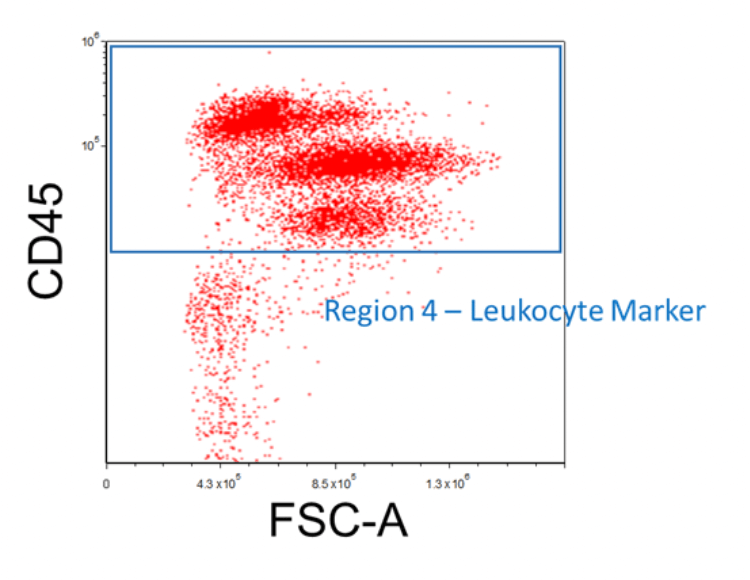 Pre-Enrich Cells Prior to FACS

Learn how to Improve the efficiency and quality of your cell sorting by pre-enriching cells prior to FACS.

Technical Bulletin
Gating Strategy for the Identification of ILC2s 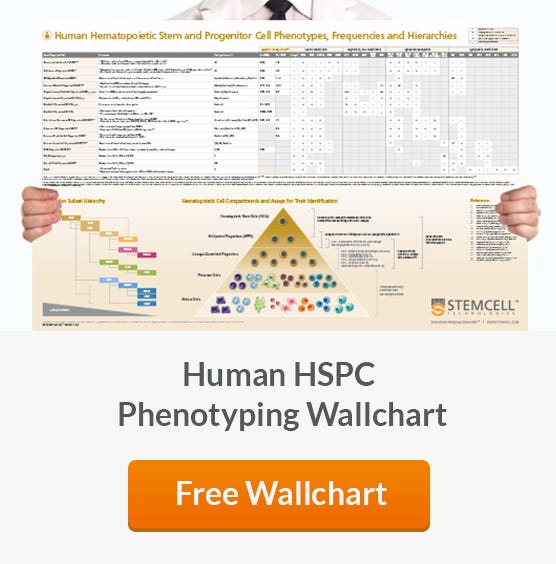