The MC-480 antibody reacts with a terminal carbohydrate epitope, stage-specific embryonic antigen-1 (SSEA-1), which is expressed on a large-molecular-mass (> 200 kDa) glycoprotein on the surface of early mouse embryos, mouse embryonal carcinoma (EC), embryonic stem (ES) cells and mouse and human embryonic germ (EG) cells. SSEA-1 is not expressed on undifferentiated human EC, ES or induced pluripotent stem (iPS) cells, or rhesus monkey ES cell lines. Its expression on mouse ES cells is decreased upon differentiation, whereas in humans, expression is upregulated during differentiation. SSEA-1 is also found on adult human granulocytes and monocytes, where it is denoted CD15, and the MC-480 antibody recognizes the CD15 marker on these cell types. It has been reported that SSEA-1 has roles in cell adhesion and migration, and regulation of cell differentiation. 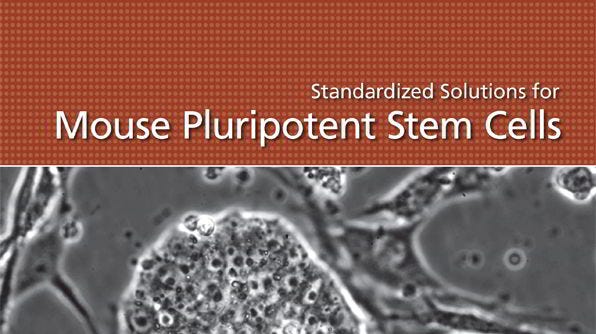 Human cell transformation is a key step for oncogenic development, which involves multiple pathways; however, the mechanism remains unclear. To test our hypothesis whether cell oncogenic transformation shares some mechanisms with the process of reprogramming non-stem cells to induced pluripotent stem cells (iPSC), we studied the relationship among the key factors for promoting or inhibiting iPSC in radiation-transformed human epithelial cell lines derived from different tissues (lung, breast and colon). We unexpectedly found that p63 and OCT4 were highly expressed (accompanied by low expressed p53 and miR-34a) in all transformed cell lines examined when compared with their non-transformed counterparts. We further elucidated the relationship of these factors: the 3p strand of miR-34a directly targeted OCT4 by binding to the 3′ untranslated region (3′-UTR) of OCT4 and, OCT4, in turn, stimulated p63 but inhibited p53 expression by binding to a specific region of the p63 or p53 promoter. Moreover, we revealed that the effects of OCT4 on promoting cell oncogenic transformation were by affecting p63 and p53. These results support that a positive loop exists in human cells: OCT4 upregulation as a consequence of inhibition of miR-34a, promotes p63 but suppresses p53 expression, which further stimulates OCT4 upregulation by downregulating miR-34a. This functional loop contributes significantly to cell transformation and, most likely, also to the iPSC process.
View publication
View All Publications