Looking into the Genetic Basis of Human Autoimmune Diseases 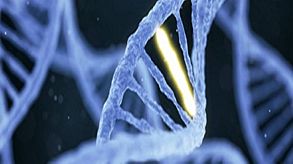 Dr. Housley received his PhD from the University of Connecticut in 2011 studying multiple sclerosis and Crohn's disease. He is currently a Postdoctoral fellow studying the genetic basis of autoimmune diseases at Dr. David Hafler's lab in Yale. The Hafler lab is focused on understanding human autoimmune diseases, and how T cells contribute to the development of those diseases. Dr. Housley has received many awards, including a post-doctoral fellowship from the Life Sciences Research Foundation.

I have been involved in science in some shape or form basically my entire life. In fact, my father was in science too so I was kind of a Science brat from the start. I worked at a company called Medarex Biopharmaceuticals making monoclonal antibody therapeutics for cancer and infectious diseases, but I wanted to be the driver of the research rather than just doing someone else's research so I did a PhD at the University of Connecticut Health Center. Now I'm the Pfizer (postdoctoral) fellow of the Life Sciences Research Foundation at Yale University.

2. Who is your scientific idol?

That is a tough question. I really like Neil deGrasse Tyson, who does a fantastic job at science outreach. Not just research but also getting the research out there. I think everybody would probably say Charles Darwin as another scientific idol, as he was able to put together a lot of different thoughts that had been around for a long time in one coherent hypothesis: natural selection.

3. What is your role in the Hafler lab?

My current research is focused on understanding the genetic basis of autoimmune diseases, particularly multiple sclerosis (MS), and how the environment can interact with genetics to result in predisposition to disease. Specifically, I look at how genetic variability associated with disease susceptibility impacts phosphorylation events along signalling cascades and ends up with cells that are more predisposed to becoming activated. In particular, I have worked with NF-kB, looking at how genetically mediated changes in the NF-kB signalling cascade result in changes to the threshold of activation for T cells and macrophages.

1. Why does the Hafler lab focus on human autoimmune disease studies rather than use mouse models?

We work entirely with human samples and human subjects. There are a lot of labs that are working on mouse models, but human immunology is our focus. We don't have to worry about the extra step of translating our findings into human subjects. Working with human samples has its own disadvantages because we cannot make knockout humans like you can with mice, as everybody always points out. But at the same time, we know that what we find is going to be relevant in the disease we're studying.

2. In your opinion, what has been the most important advancement in the field in the last five years?

Some of the new biologic drugs for autoimmune disease have really revolutionized how we treat autoimmunity. While none of them are addressing the root cause - certainly none of them could be considered cures - they have really changed how these diseases are treated and have had massive impact for patients. In MS, you have drugs like natalizumab and rituximab. For Crohn's disease and arthritis you have some of the anti-TNF molecules and now IL-1 inhibitors. That is really in just the last 5 or 10 years.

3. Where is autoimmunity research heading?

The advances that we really need to start moving towards are: how do we start to treat the root causes of disease and how do we either block those root causes or prevent progression of disease? Not just knocking down symptoms and the later inflammatory responses, but really addressing the early inflammatory responses. We have barely touched that area.

Can we come up with treatments that have less side effects and less global suppression of the immune response? Every treatment out there right now suppresses immune responses pretty broadly. Ultimately the ideal goal would be creating immune tolerance towards a specific antigen in a specific disease. For example, in MS can we specifically suppress responses to myelin antigens but leave the rest of your immune response intact?

4. How does understanding the genetic and environmental contributors to autoimmune disease impact the discovery and development of new therapies?

This question goes back to the previous one. We have this issue with developing drugs that work in mice, but fail in human trials because we don't really understand that how they work. MS is a great example of that: we have these TNF-ɑ inhibitors that work fantastically in rheumatoid arthritis and Crohn's disease and a number of other diseases, but they make MS worse. We don't understand why, but human genetics may explain a lot of the differences between results in mouse and human studies.

Genetic contributors are one of the major differences between mouse models and human disease. For example, figuring out how genetic polymorphisms that are associated with susceptibility to disease impact the way we respond to environmental stimuli, whether it is an infection, a commensal bacteria, etc., and how those lead to predisposition to inflammation can give us some insight into the differences between humans and mice. If we can figure out how genetic factors are predisposing people to certain diseases, we might be able to identify the initial factors that are required for that disease. If we can identify those initial factors then maybe we can develop novel treatment options that specifically target those stimuli or the early cascades that are involved without globally suppressing the immune response.

5. What is the main technical challenge currently facing the autoimmune disease field?

We know that a lot of studies have failed trying to translate findings from mice to humans and we really need to understand that better, especially when pharmaceutical companies are spending billions of dollars to develop compounds that often don't work in the end. So the main technical challenge is trying to understand the differences between mouse models and human disease. Mouse models are really important, but we need to have a better understanding of how they are relevant and how they are different from human disease.

1. Why does your lab use EasySep™?

We switched to using EasySep™ because we found that EasySep™ kits are easy, fast and give as good or better yield than a lot of other cell isolation products for human samples. Importantly, EasySep™ is more cost effective due to the lack of consumables. As a result, we have been able to do more experiments for our money. For a lab that does a lot of separations, not using columns makes a difference quickly.

2. How has EasySep™ enabled your research?

We are essentially using EasySep™ for almost for everything: CD4+ T cells, naive and memory T cells, CD8+ T cells, B cells and monocytes. EasySep™ is definitely driving our research forward.

On the genetic basis of autoimmune diseases

Autoimmune diseases affects ~10% of the population, and both genetic and environmental factors play a role in their development1. With emerging genomic technologies, many research studies have provided great insight into the genetic causes of autoimmune diseases. For example, the Hafler and Bernstein labs have joined forces to identify causal variants for 21 autoimmune diseases2. One of these diseases was multiple sclerosis (MS), which has been a primary focus of study in Dr. Hafler's lab. Most recently, Housley et al. reported that genetic variants associated with the risk of developing MS result in enhanced activity of NF-κB3, a transcription factor that drives immune activation. Many other genetic variations that have been suggested to play a role in the development of autoimmunity, including single nucleotide polymorphisms in immune-related genes such as IL-2RA and CTLA-4, and more studies are needed to investigate how these genetic variants interact with each other and with environmental factors. For example, Mkhikian et al. suggested that genetic and environmental factors converge in the development of MS via a dysregulation in the N-glycosylation pathway4, which controls post-translational modifications of proteins. Overall, understanding the genetic basis of autoimmunity will allow scientists to develop more effective biomarkers and therapies for these diseases.

Mouse models are great experimental tools that have led to many immunological discoveries, some of which are translatable to human immunology. However, there are key differences between mouse and human immune responses that immunologists should be aware of when interpreting data for mouse studies. For example, humans have more neutrophils and less lymphocytes compared to mice, human macrophages express CD4, and human cells have different patterns of TLR expression5. As such, some immunologists argue that more emphasis needs to be placed on obtaining immunological data directly from humans6. Humanized mouse models have been proposed as as a compromise to allow for the study of human immune cells in a system that allows for greater control and manipulability; however, there are challenges and limitations to these models, such as poor immune cell engraftment and trafficking7. Although animal models of diseases are necessary for in-depth and mechanistic studies, these models cannot perfectly mimic human diseases. As a result, data obtained from human trials remain a key component of translational research.

Learn more about the Genetic Basis of Autoimmunity. 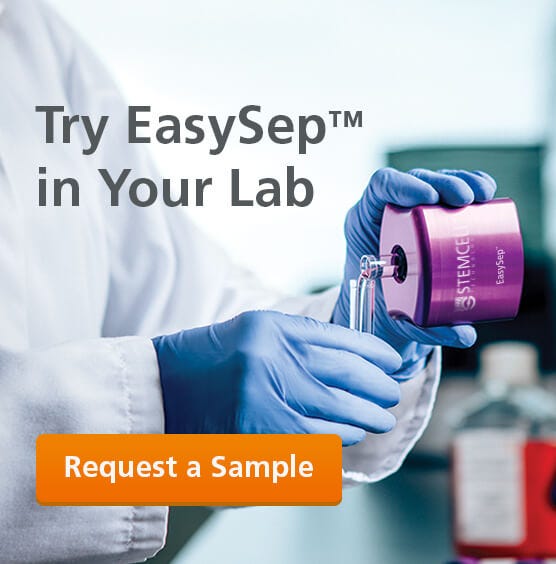