Dr. Ramin Herati discusses his work on understanding the mechanism and regulation of T cell exhaustion during chronic infections and cancer

Vaccination in the Elderly: Role of Follicular Helper T Cells 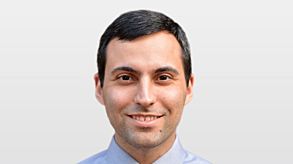 Dr. Herati received his medical degree from the Washington University School of Medicine in 2008. He is currently an Infectious Disease Fellow in Dr. John Wherry’s laboratory in the University of Pennsylvania studying how age-related impairments of T follicular helper cells (Tfh) affect the efficacy of vaccination in the elderly population. In addition to the biology of Tfh, the Wherry lab has a major focus on understanding the mechanism and regulation of T cell exhaustion during chronic infections and cancer.

1. What led you to your current role in the Wherry lab?

During internal medicine residency and then infectious diseases subspecialty training, I saw innumerable scenarios where our understanding of the underlying immunology behind infectious and non-infectious diseases was lacking. I am very interested in host-pathogen interactions, particularly from the standpoint of the immune system. I joined John’s group in 2012 in order to study the host response to influenza vaccination in young and elderly adults, as a broad model for understanding CD4+ T cell responses and the impact of aging.

Research is like trying to solve a 1000 piece puzzle but you may not quite know what the final picture is going to look like. You get little clues, like an edge piece, or two pieces are similar in color so they might fit together or might be close-by. I enjoy deductive reasoning, and biological systems are complicated and intricate enough that there is always something unexpected around the corner.

3. What areas of research do you find the most fascinating?

There is a dazzling array of new ideas hitting the stage these days, from CRISPR to ncRNA to epigenetic effects of cellular processes. From a technical perspective, a major shift in thinking is currently underway as we focus on single-cell approaches to understand how heterogeneity in the system leads to the big picture effects.

CD4+ Tfh cells provide B cell help in the germinal center, and are critical for robust antibody responses. I have been studying a circulating subset of Tfh cells (cTfh) in the setting of aging to understand why influenza vaccine responses are weaker in the elderly. We’ve found that cTfh resemble certain aspects of lymphoid Tfh from the phenotypic, transcriptomic, and functional perspectives. Aging is associated with a lower circulating frequency of cTfh and an impaired ability of cTfh cells to provide B cell help on a per-cell basis. However, we still don’t understand where these cells are coming from, or where they are going.

A better understanding of antibody responses is at the core of rational vaccine design. By elucidating the differences that occur with aging, we hope to understand why some individuals have weak or absent responses to vaccination. We’re also trying to understand how cTfh can inform us about what’s happening in the lymphoid tissues where the immune activity is actually taking place. These data will lead to better vaccine design strategies.

3. What is the impact of Tfh cells on vaccine development and combating infectious diseases?

Some of the work done to date has focused on cTfh cells as a biomarker for the immune response. Studies have demonstrated a correlation between cTfh response at day 7 and subsequent antibody response at day 30. cTfh have also been correlated with neutralizing antibody production in some people living with HIV. Tracking cTfh for biomarker purposes could add a great deal in understanding the effect of vaccination in different settings.

4. Where is this field heading?

A major goal of the field is to harness and manipulate the host Tfh response in vivo in order to tilt the antibody response towards a specificity that would neutralize a pathogen for better, broader vaccines. For example, several studies have demonstrated strategies to improve the differentiation of Tfh following a stimulus. However, we do not fully understand how the specificity of Tfh cells relates to the specificity of antibodies produced for example, or how and why Tfh circulate around the body.

5. What do you think is the most important advancement in the field in the past 5 years?

There have been a large number of important advancements in the field in the past 5 years, including efforts to solidify the fundamental understanding of the differentiation, molecular features, and epigenetic changes that distinguish Tfh from other CD4+ T cell subsets. Multiple reports have now identified Tfh as key players in HIV persistence despite antiretroviral therapy. Future studies may shed light on the feasibility of eradication of HIV from the Tfh cell reservoir and may lead us closer to a cure for HIV.

Learn more about the Immune Response to HIV

6. What is the most challenging aspect of vaccine development research?

A major challenge is the lack of animal models that accurately recapitulate what happens in humans. Animal models are often used to study immunologic mechanisms, but the pathogen, site of infection, pathophysiology, and prior infection history are variables that differ between animals and people. This is especially problematic for studying vaccines in the aging population. Human studies are challenging and time-consuming; better animal models could overcome this bottleneck and lead to testing of just the most promising candidates. To accelerate vaccine production, we need a better understanding of similarities and differences in the animal and human immune responses, and what factors shape those responses.

Tfh are already quite rare, and we focus on a subset of Tfh. This makes it challenging to sort subsets of Tfh from peripheral blood. EasySep™ enrichment permits increased purity of the sort and reductions in expensive sorting time. EasySep™ is remarkably fast, which is helpful in scenarios where cells are fragile or might be systematically affected by the enrichment process in ways that would affect transcriptomic or epigenetic studies.

Although EasySep™ products are great for most experiments as off-the-shelf kits, it’s helpful to know that EasySep™ can be customized based on the phenotype of the desired cells.

T follicular helper cells (Tfh) are commonly known as a subset of CD4+ T cells that reside in germinal centers (GC) with major roles in the production of high-affinity, class-switched antibodies by B cells1, and hence are fundamental in the immune response to infections. Circulating Tfh cells (cTfh) are a subset of memory CD4+ T cells with Tfh-like abilities to provide help for B cells2,3. Similar to GC Tfh, cTfh are characterized by their expression of CXCR5; however, they lack a high expression of BCL-6, the defining transcription factor for GC Tfh2,3. cTfh can be further divided into several subsets of cells. For example, ICOS and PD1 can be used to define their activation status and the extent of their ability to provide B cell help2,3. The majority of research on the role of cTfh in infectious diseases has so far been focused on HIV infection. cTfh are targeted by HIV at the initial stages of infection and represents a major component of the viral reservoir4,5. Curiously, researchers have reported a preferential accumulation of cTfh during chronic HIV infection and a restoration of cTfh levels in individuals treated with combination antiretroviral therapy4,. In addition to their role in HIV infection, scientists have studied cTfh in the context of vaccination. The levels and function of cTfh can be positively correlated with effective antibody responses in immunizations with influenza6,7, HPV8 and ebola9 vaccines. As elucidated by Dr. Herati above, further understanding of the basic biology of cTfh, including why and how they circulate, will be necessary to translate these observations into better vaccine design.

On vaccinations in the elderly

Few vaccines are recommended for older adults (influenza, pneumococci, tetanus-diphtheria-pertussis and herpes zoster10), although their efficacies are greatly reduced due to immunosenescence. Influenza vaccines are estimated to only be 30% effective in older adults11, and varicella-zoster vaccine is only 18% effective for those over the age of 8010. Immunosenescence, or the deterioration of the immune system with age, manifests in both the innate and adaptive arms of immunity. In the adaptive immune system, naive T and B cells are reduced, memory T cells lose the ability to provide optimal help to B cells, and B cells become defective in expansion, hypermutation and affinity maturation 12. As a result, these changes hamper the ability of vaccines to induce neutralizing antibody titers. More recently, the lack of cTfh response in the elderly has also been associated with reduced titers of antibodies following vaccination6,12. Scientists are currently actively investigating methods to rejuvenate aging immunity, which may play a pivotal role in improving the effectiveness of vaccines in the elderly. 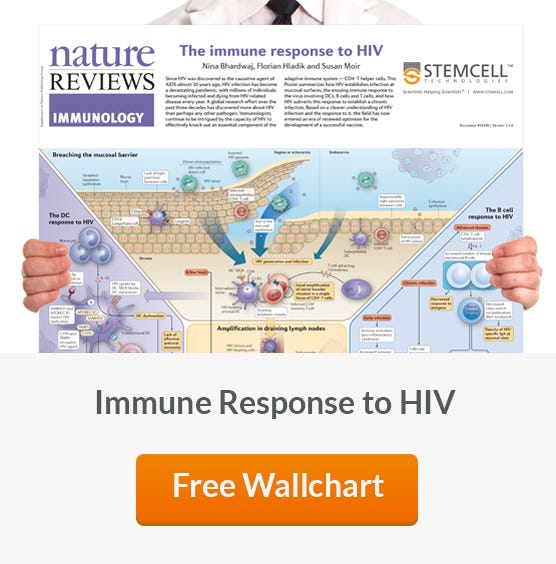