EC-Cult™-XF Culture Kit is a xeno-free medium for the culture of mature human endothelial cells and endothelial colony-forming cells (ECFCs). It has been developed for the expansion of vascular (large, small, and lymphatic vessel-derived endothelial cells) and perivascular cells (human placental pericytes), as well as for the derivation and proliferation of ECFCs from human umbilical cord blood and peripheral blood. For complete instructions for the ECFC assay, refer to the Technical Manual: Culture of Human Endothelial Colony-Forming Cells (ECFCs) Using EC‑Cult™-XF Culture Kit (Document #DX21400), available at www.stemcell.com or contact us to request a copy. 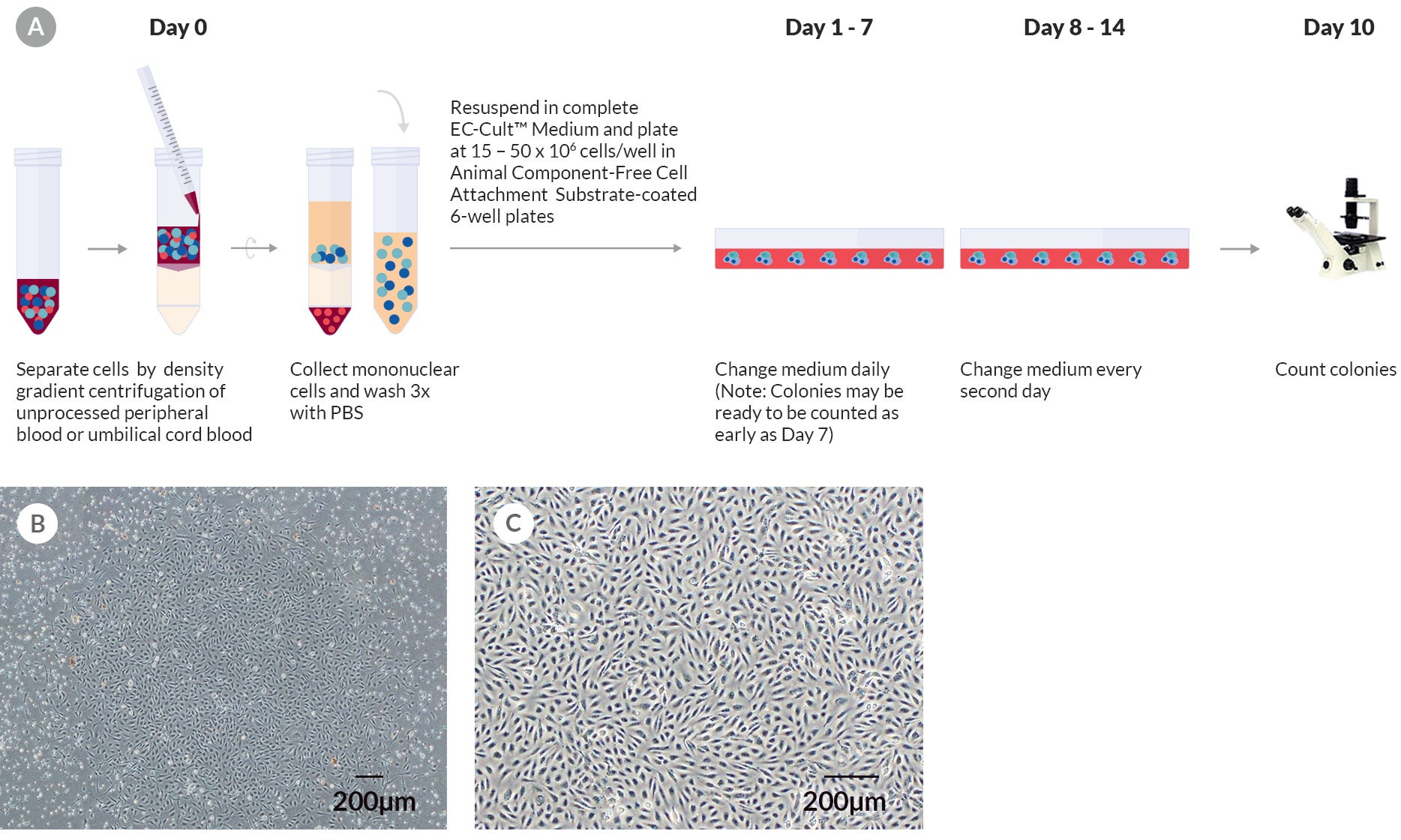 (A) A schematic of the colony formation assay for enumerating ECFC colonies derived in complete EC-Cult™ Medium. On day 0, mononuclear cells are isolated from whole blood and plated on Animal Component-Free Cell Attachment Substrate-coated plates in complete EC-Cult™ Medium. From day 1 to 7, nonadherent cells are gently removed through daily medium changes. From day 8 onwards, the medium is changed every second day until cells are ready to be passaged. Colonies should be enumerated around day 10 before they start merging. (B) An umbilical cord blood-derived ECFC colony on day 11. (C) A representative phase-contrast image at passage 3 of ECFCs derived and expanded in complete EC-Cult™ Medium. These cells grow as monolayers and retain their typical cobblestone-like morphology of endothelial cells. 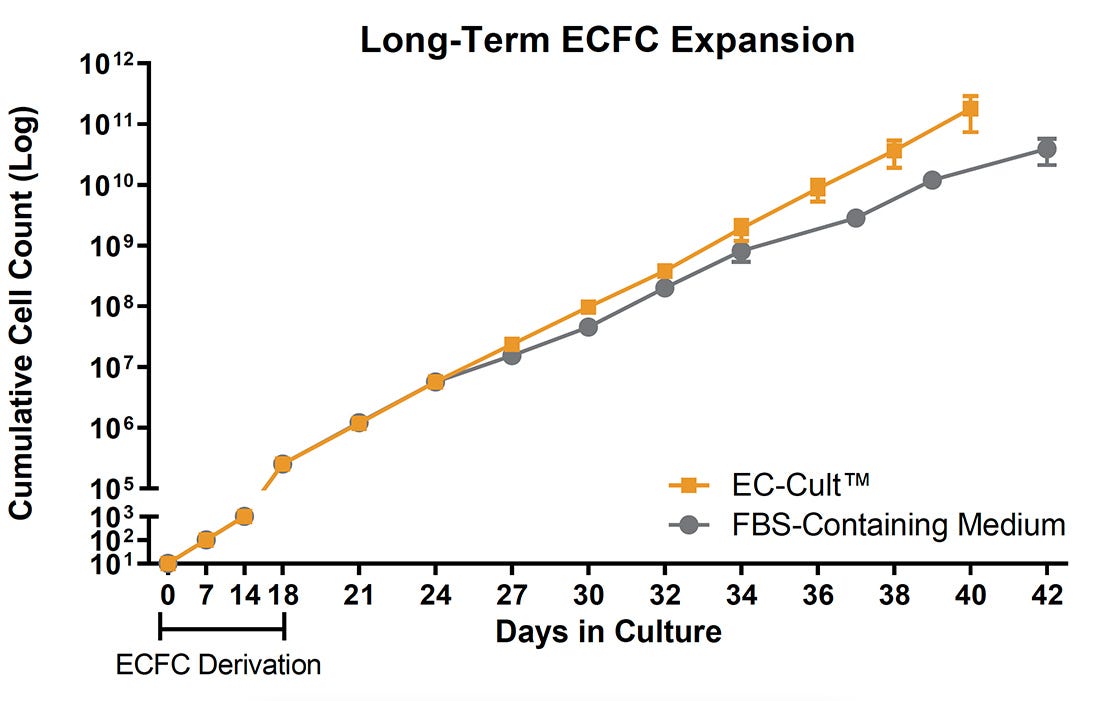 Human cord blood-derived ECFCs exhibit a greater expansion rate in complete EC-Cult™ Medium than in FBS-containing commercial medium. When cultured in complete EC-Cult™ Medium, cells retain their rate of expansion in later passages, while the rate of expansion in the commercial medium declines as early as passage 6. Error bars represent standard error of mean (SEM; n = 4). 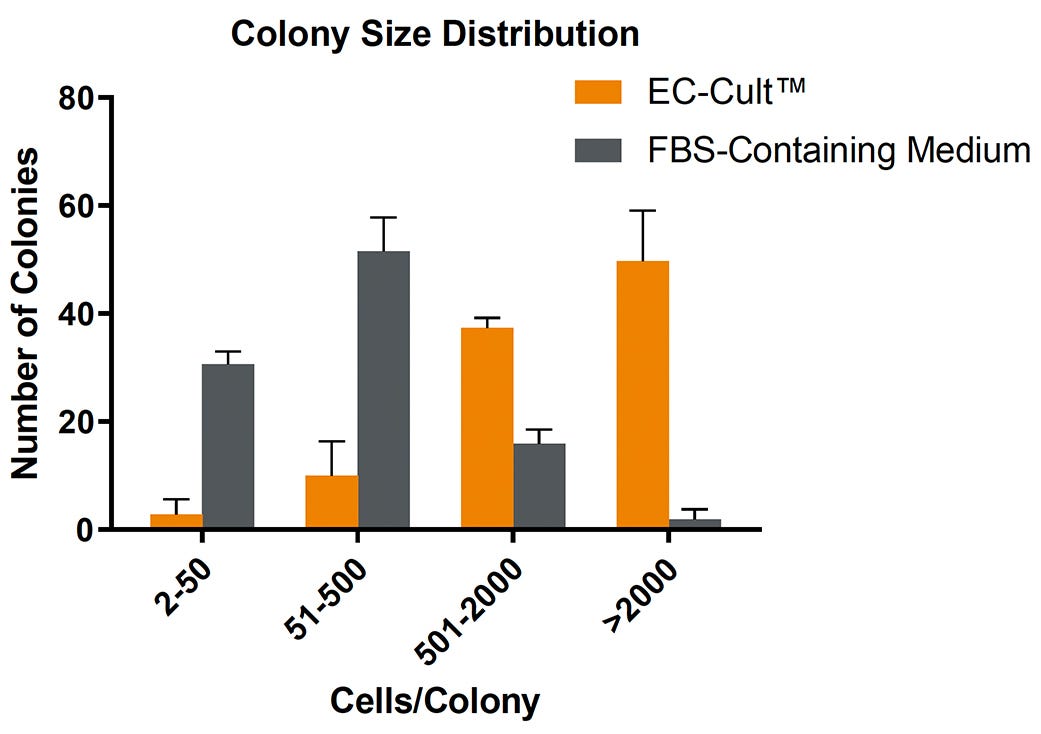 Human cord blood ECFCs derived and expanded for 5 passages in complete EC-Cult™ Medium (A) maintain high expression levels of endothelial cell surface markers (CD31 and CD144) and (B) lack the expression of the hematopoietic marker CD45. 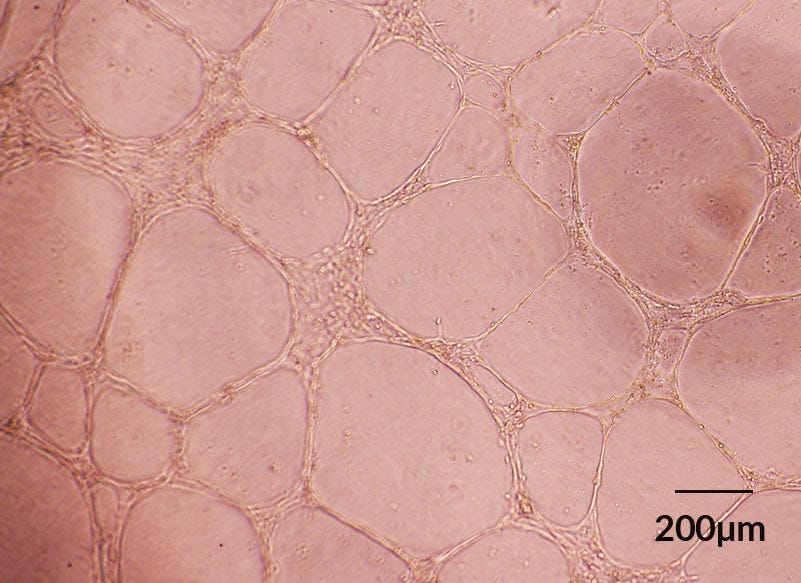 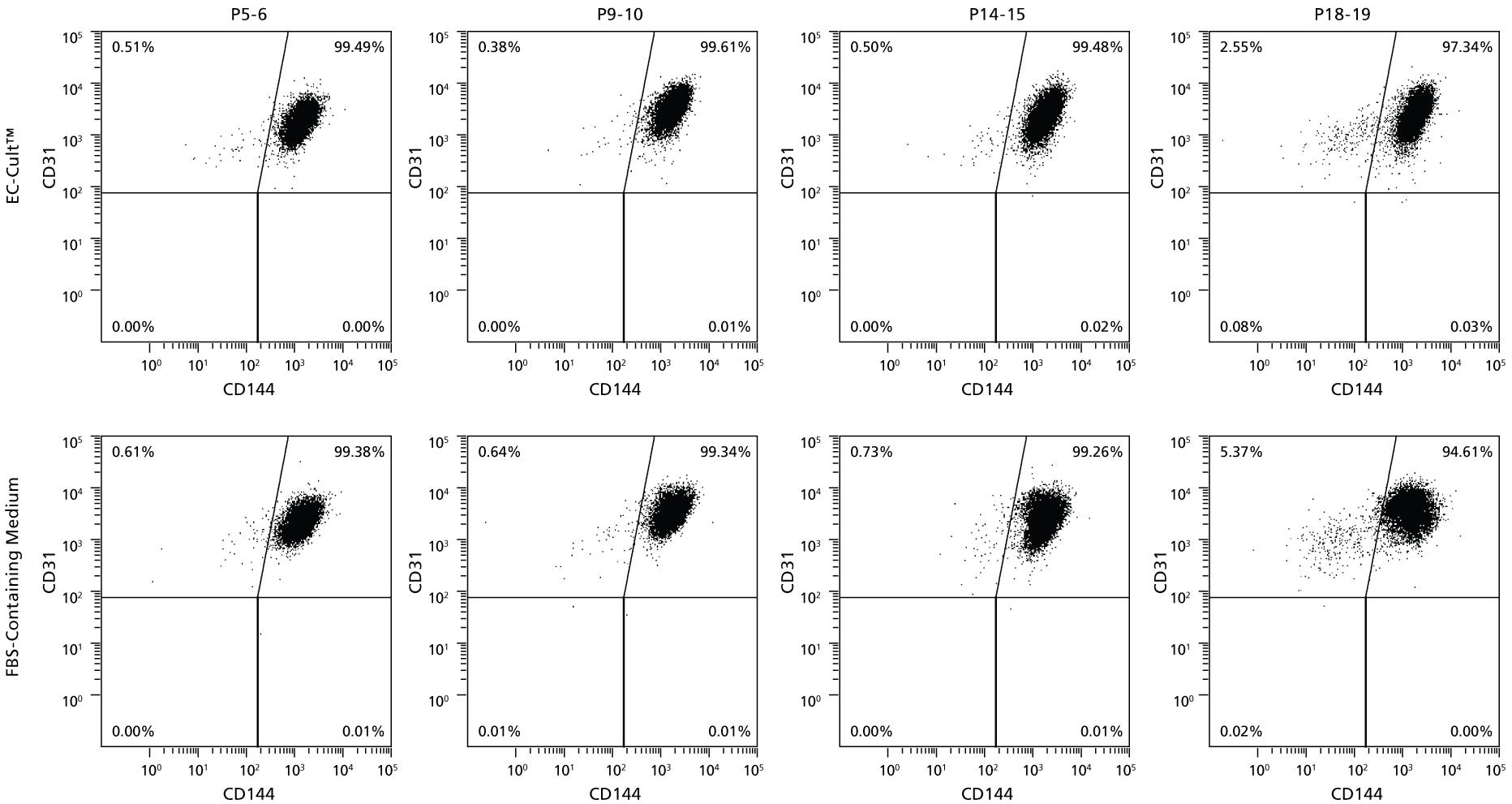 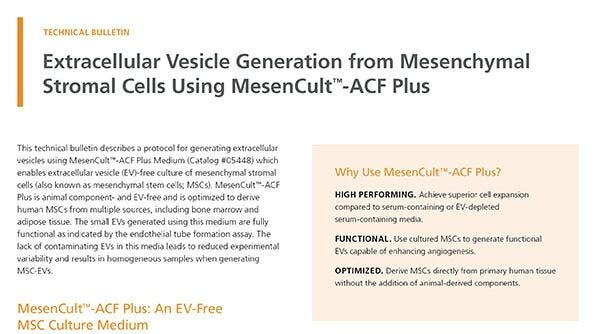 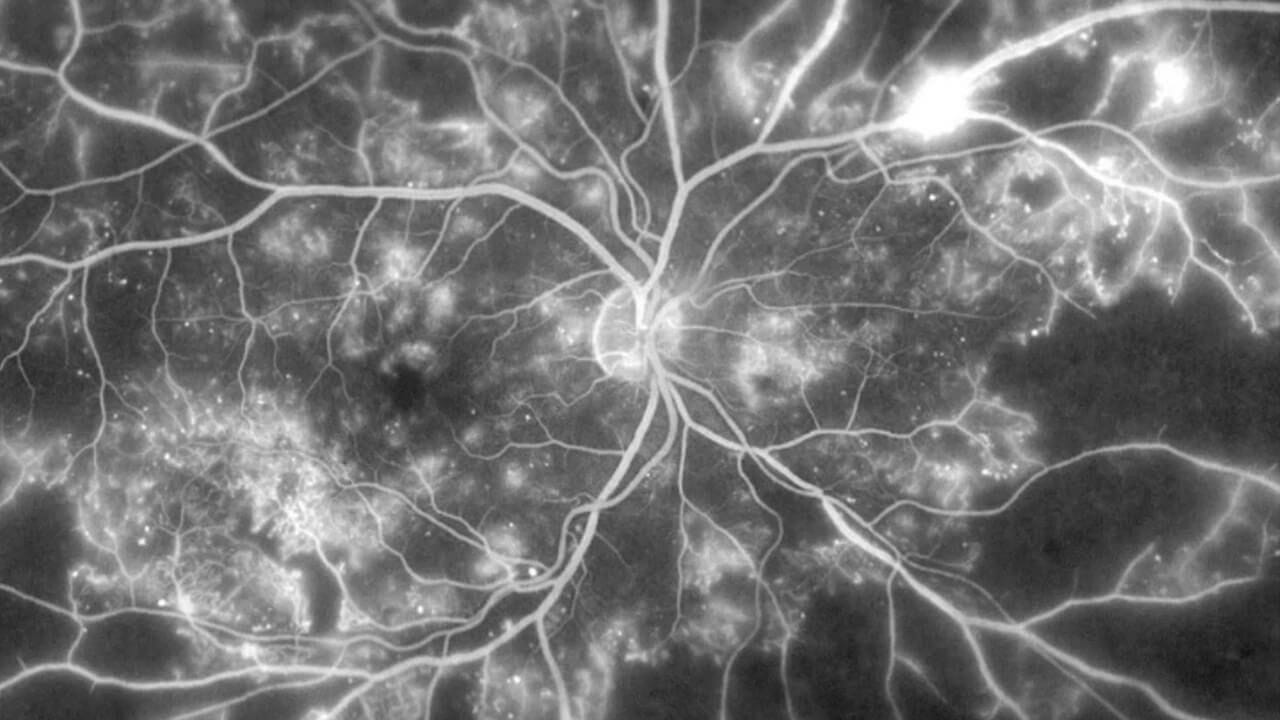 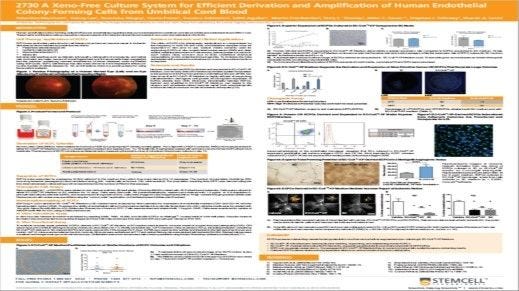 Endothelial progenitor cell (EPC) nomenclature remains ambiguous and there is a general lack of concordance in the stem cell field with many distinct cell subtypes continually grouped under the term EPC." It would be highly advantageous to agree on standards to confirm an endothelial progenitor phenotype and this should include detailed immunophenotyping potency assays and clear separation from hematopoietic angiogenic cells which are not endothelial progenitors. In this review we seek to discourage the indiscriminate use of "EPCs and instead propose precise terminology based on defining cellular phenotype and function. Endothelial colony forming cells and myeloid angiogenic cells are examples of two distinct and well-defined cell types that have been considered EPCs because they both promote vascular repair, albeit by completely different mechanisms of action. It is acknowledged that scientific nomenclature should be a dynamic process driven by technological and conceptual advances; ergo the ongoing EPC" nomenclature ought not to be permanent and should become more precise in the light of strong scientific evidence. This is especially important as these cells become recognized for their role in vascular repair in health and disease and in some cases progress toward use in cell therapy. Stem Cells Translational Medicine 2017;6:1316-1320.
View publication
CD44 expression in endothelial colony-forming cells regulates neurovascular trophic effect. S. Sakimoto et al. JCI insight 2017 JAN

Vascular abnormalities are a common component of eye diseases that often lead to vision loss. Vaso-obliteration is associated with inherited retinal degenerations, since photoreceptor atrophy lowers local metabolic demands and vascular support to those regions is no longer required. Given the degree of neurovascular crosstalk in the retina, it may be possible to use one cell type to rescue another cell type in the face of severe stress, such as hypoxia or genetically encoded cell-specific degenerations. Here, we show that intravitreally injected human endothelial colony-forming cells (ECFCs) that can be isolated and differentiated from cord blood in xeno-free media collect in the vitreous cavity and rescue vaso-obliteration and neurodegeneration in animal models of retinal disease. Furthermore, we determined that a subset of the ECFCs was more effective at anatomically and functionally preventing retinopathy; these cells expressed high levels of CD44, the hyaluronic acid receptor, and IGFBPs (insulin-like growth factor-binding proteins). Injection of cultured media from ECFCs or only recombinant human IGFBPs also rescued the ischemia phenotype. These results help us to understand the mechanism of ECFC-based therapies for ischemic insults and retinal neurodegenerative diseases.
View publication
View All Publications

The included rhCollagen is supplied by CollPlant.