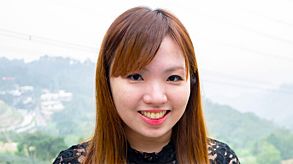 Blaise Low is a PhD Candidate at the National University of Singapore and Institute of Molecular and Cell Biology in Singapore. In 2018, she shared with us a scientific discovery that inspired her own research and received a travel award to attend a conference of her choice. She chose to attend the Keystone Symposium on Drivers of Type 2 Diabetes: From Genes to Environment.

The generation of induced pluripotent stem cells (iPSCs) directly from adult cells, pioneered by Shinya Yamanaka’s lab in 2006, has inspired me the most. Yamanaka’s group successfully reprogrammed adult fibroblasts into iPSCs using just four genes. This discovery was phenomenal as it holds much potential for disease modelling, drug development and organ synthesis. Currently, I am seeking to establish the use of patient-derived iPSCs as a platform to model monogenic diabetes.

Science moves forward when you share it with the world, so we asked Blaise to share some information on her own research and on her experience at the Keystone Symposium on Type 2 Diabetes.

My research project focuses on investigating the mechanisms of maturity onset diabetes of the young 3 (MODY 3). MODY is typically characterized by an early onset of diabetes before 25 years of age, and patients usually suffer a progressive loss of beta-cell function that causes worsening hyperglycaemia. There are currently more than 11 known forms of MODY, the most common of which is MODY 3.

In humans, MODY 3 is caused by heterozygous mutations in the gene encoding hepatocyte nuclear factor HNF1A, and is characterized by autosomal dominant inheritance as well as severe glucose intolerance. Several studies on HNF1A have been carried out using rodent models. However, rodents that carry only one mutant copy of the HNF1A gene do not show defects; the associated MODY 3 phenotype only manifests when both copies of HNF1A are mutated. On the other hand, MODY 3 in humans is caused by heterozygous mutations in the HNF1A gene, and homozygous HNF1A mutations have not been reported in humans.

Because of the disparity in phenotypes associated with HNF1A mutations between human patients and rodent models, it is essential to develop an in vitro model using human pancreatic beta-cells to more accurately study the mechanisms of HNF1A mutations in MODY 3. However, as human beta-cells are not readily available for research, patient-derived induced pluripotent stem cells (iPSCs) can be a useful platform for diabetes modelling.

In my research project, I am investigating a novel HNF1A mutation that was identified in a pair of Singaporean Chinese siblings who had been diagnosed with MODY 3. I aim to establish the use of patient iPSC-derived pancreatic beta-cells to investigate the pathways and mechanisms in the pathogenesis of MODY 3 caused by this HNF1A mutation.

Keystone Symposium on the Drivers of Type 2 Diabetes: From Genes to Environment, Seoul, South Korea

Why did you choose to attend the 2018 Keystone Symposium on Type 2 Diabetes?

I chose to attend the Keystone Symposium as it is a major international diabetes conference where many prominent diabetes researchers present their latest high-quality research findings. The relatively small size of the conference and the relaxed venue where the conference was held promoted easy interactions amongst attendees, allowing me to network and share findings with both prominent scientists as well as fellow PhD students.

One of my favourite presentations at the conference was titled “ Mechanisms Underlying Diet-Induced Circadian Reprogramming”, presented by Kristin L. Eckel-Mahan, University of Texas Health Science Center. She described how the disruption of the circadian clock can disrupt metabolism and increase the risk of type 2 diabetes. Her lab found that high fat diet altered chromatin recruitment of circadian transcription factor BMAL1 in rodents. Furthermore, the knockdown of BMAL1 in rodents caused a disruption in their circadian clock, which resulted in obesity despite their being given a normal diet. I found the study very intriguing as it highlights how the disruption of our circadian clock could increase the risk of diabetes.

My other favourite presentation was titled “ Pancreatic Beta-Cell Identity and Function in Diabetes”, presented by Lori Sussel, University of Colorado. Her study focuses on NKX2.2, which is a transcriptional regulatory protein that is essential for the formation and function of islet cell lineages. The knockdown of NKX2.2 gene in rodents and human islets caused a loss of pancreatic beta-cell identity and increase in polyhormonal cells, which resulted in glucose intolerance, indicating the dedifferentiation of beta-cells. Her study highlights the requirement of active regulation to maintain adult beta-cell identity. The loss of such regulatory mechanisms may cause the loss of beta-cell identity and function, and in turn cause diabetes. I found this study noteworthy as it sheds light on the mechanisms behind the loss of beta-cells,which causes diabetes, and questions whether the plasticity of beta-cells affects the efficiency of donor islets that are transplanted into diabetic patients.

Attending this conference was very useful for me as it covered diverse topics in the field of diabetes research. I was exposed to many cutting-edge research findings on diabetes, and am inspired to continue my contribution to diabetes research.

A Word of Advice: Never Lose Sight of Your Motivation

I would advise the next generation of scientists to stay curious and stay determined in their work. Science is not easy, and we often face experimental failures and make erroneous hypotheses. Be persistent and keep trying; when the going gets tough, do not lose sight of your initial motivation to do science. Stay firm in your belief that you can contribute to the scientific community and improve the lives of people through scientific innovations, novel discoveries, and development of improved treatments for diseases.

A comparison of hPSC types, epigenetic characteristics of somatic and pluripotent cells, and more.

In this webinar, Dr. Ray Dunn and Dr. Jamie Trott discuss their research on the generation of pancreatic progenitors and beta cells from diabetic patients.

Epithelial cells derived from urine can be a robust alternate source of somatic cells for reprogramming. Learn how to generate high-quality iPS cells using ReproTeSR™ or TeSR™E7™ medium. 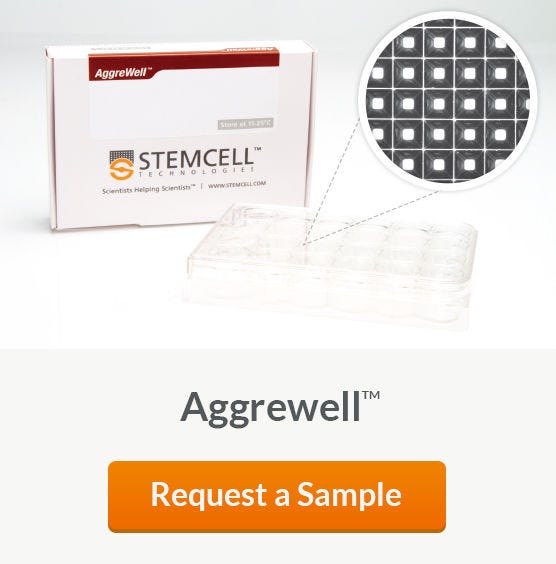