Ac-DEVD-CHO is a synthetic peptide aldehyde with the PARP cleavage site DEVD, which is recognized by caspases (Nicholson et al.). Ac-DEVD-CHO blocks PARP cleavage activity and inhibits caspase-3 (Ki = 0.23 nM) and caspase-7 (Ki = 1.6 nM) in a reversible manner (Garcia-Calvo et al.; Talanian et al.). This inhibition is via the aldehyde group’s interaction with the active site cysteine of these caspases (Thornberry et al.). Caspase inhibitors are used to investigate caspase activation and apoptosis. This product is supplied as the trifluoroacetate salt of the molecule. 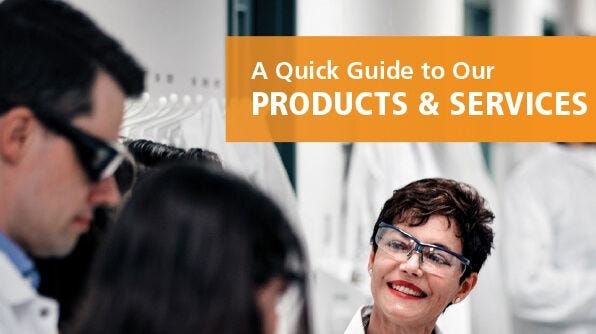 Brochure
A Quick Guide to Our Products & Services

Studies with peptide-based and macromolecular inhibitors of the caspase family of cysteine proteases have helped to define a central role for these enzymes in inflammation and mammalian apoptosis. A clear interpretation of these studies has been compromised by an incomplete understanding of the selectivity of these molecules. Here we describe the selectivity of several peptide-based inhibitors and the coxpox serpin CrmA against 10 human caspases. The peptide aldehydes that were examined (Ac-WEHD-CHO, Ac-DEVD-CHO, Ac-YVAD-CHO, t-butoxycarbonyl-IETD-CHO, and t-butoxycarbonyl-AEVD-CHO) included several that contain the optimal tetrapeptide recognition motif for various caspases. These aldehydes display a wide range of selectivities and potencies against these enzymes, with dissociation constants ranging from 75 pM to {\textgreater}10 microM. The halomethyl ketone benzyloxycarbonyl-VAD fluoromethyl ketone is a broad specificity irreversible caspase inhibitor, with second-order inactivation rates that range from 2.9 x 10(2) M-1 s-1 for caspase-2 to 2.8 x 10(5) M-1 s-1 for caspase-1. The results obtained with peptide-based inhibitors are in accord with those predicted from the substrate specificity studies described earlier. The cowpox serpin CrmA is a potent (Ki {\textless} 20 nM) and selective inhibitor of Group I caspases (caspase-1, -4, and -5) and most Group III caspases (caspase-8, -9, and -10), suggesting that this virus facilitates infection through inhibition of both apoptosis and the host inflammatory response.
View publication
Substrate specificities of caspase family proteases. R. V. Talanian et al. The Journal of biological chemistry 1997 apr

The caspase family represents a new class of intracellular cysteine proteases with known or suspected roles in cytokine maturation and apoptosis. These enzymes display a preference for Asp in the P1 position of substrates. To clarify differences in the biological roles of the interleukin-1beta converting enzyme (ICE) family proteases, we have examined in detail the specificities beyond the P1 position of caspase-1, -2, -3, -4, -6, and -7 toward minimal length peptide substrates in vitro. We find differences and similarities between the enzymes that suggest a functional subgrouping of the family different from that based on overall sequence alignment. The primary specificities of ICE homologs explain many observed enzyme preferences for macromolecular substrates and can be used to support predictions of their natural function(s). The results also suggest the design of optimal peptidic substrates and inhibitors.
View publication
Identification and inhibition of the ICE/CED-3 protease necessary for mammalian apoptosis. D. W. Nicholson et al. Nature 1995 jul

The protease responsible for the cleavage of poly(ADP-ribose) polymerase and necessary for apoptosis has been purified and characterized. This enzyme, named apopain, is composed of two subunits of relative molecular mass (M(r)) 17K and 12K that are derived from a common proenzyme identified as CPP32. This proenzyme is related to interleukin-1 beta-converting enzyme (ICE) and CED-3, the product of a gene required for programmed cell death in Caenorhabditis elegans. A potent peptide aldehyde inhibitor has been developed and shown to prevent apoptotic events in vitro, suggesting that apopain/CPP32 is important for the initiation of apoptotic cell death.
View publication
View All Publications