A Monolayer Culture Method for Neural Induction of hPSCs

Features of the Monolayer Protocol 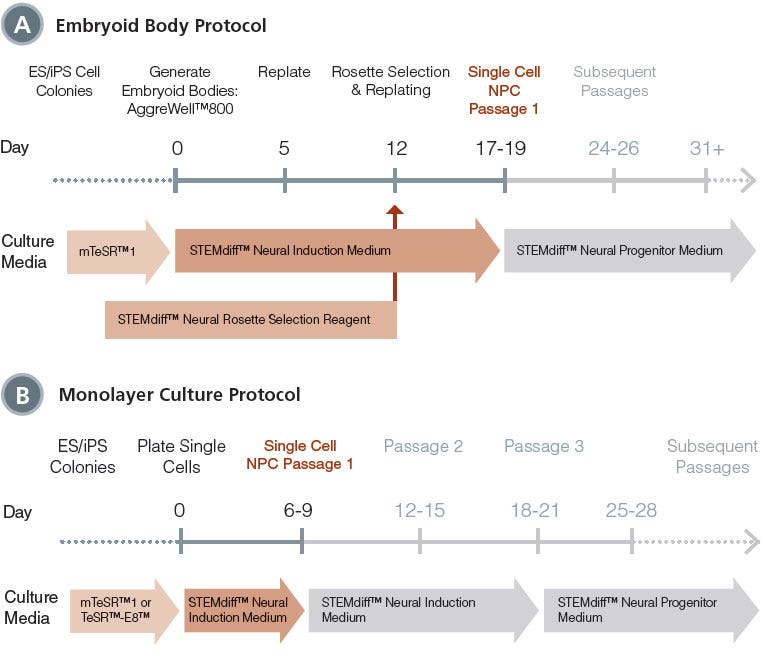 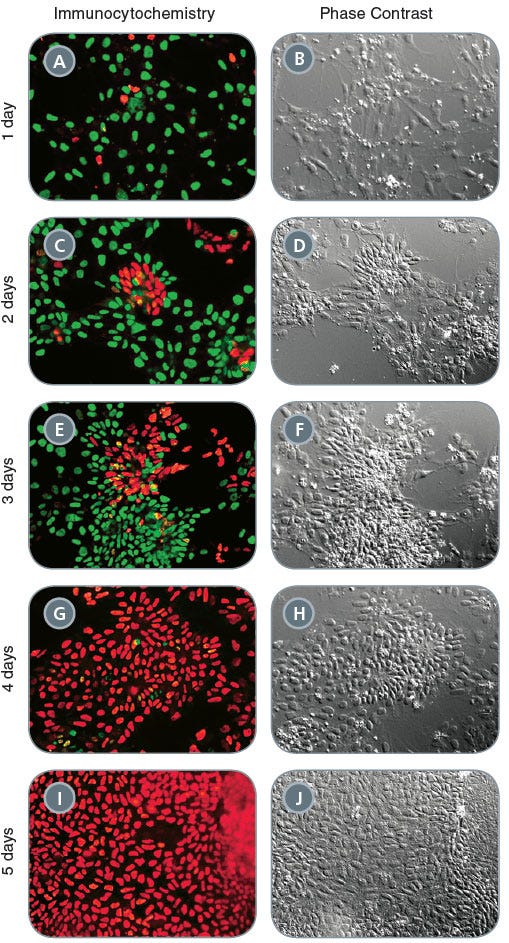 The key distinguishing features of the EB and monolayer culture protocols are summarized in Table 1.

Here we describe a procedure for neural induction using STEMdiff™ Neural Induction Medium in a monolayer culture-based system. Using this method, PAX6-positive NPCs can be generated efficiently. This simple protocol can be used to achieve rapid and efficient neural induction of ES or iPS cells maintained in either mTeSR™1 or TeSR™-E8™.

For a complete list of related products, including specialized cell culture and storage media, supplements, antibodies, cytokines and small molecules, visit www.stemcell.com/hPSCNCworkflow or contact us at techsupport@stemcell.com.

Before beginning the experiment, prepare: