Human pluripotent stem cells (hPSCs) possess the unique ability to undergo the processes of self-renewal or differentiation into all somatic cell types derived from the embryonic germ layers: endoderm, mesoderm and ectoderm. hPSC potency can be evaluated using a number of strategies, of which the teratoma assay is the most widely-documented (Damjanov & Andrews, 2016). In this procedure, undifferentiated hPSCs are injected into an immunodeficient mouse, and develop into a heterogeneous tumor composed of terminally differentiated cells representative of all three germ layers. Unfortunately, this procedure can be lengthy, cost prohibitive and there is little consistency in the methodologies and analyses used (Bouma et al., 2017). As a result, alternative approaches to analyze hPSC potency are now being adopted.

When cultured in suspension, hPSCs spontaneously differentiate to form three-dimensional aggregates called embryoid bodies (EBs) (Itskovitz-Eldor et al., 2000). These structures recapitulate many features of cell differentiation during early embryogenesis and can display evidence of trilineage differentiation potential. Unfortunately, the EB assay has been difficult to standardize. Advances in protocols describing directed differentiation towards endoderm (D’Amour et al., 2005), mesoderm (Zhang et al., 2008) and ectoderm (Chambers et al., 2009) have provided researchers with the ease of use and specificity required in order to rapidly assess pluripotency.

It is important to note that common hPSC markers should be expressed by undifferentiated hPSCs, but are not necessarily markers of “pluripotency.” As a result, it is essential to go beyond measuring gene expression and validate the pluripotency of a hPSC line in a functional manner.

View this webinar presentation by Dr. Ruwanthi Gunawardane, Director of Stem Cells and Gene Editing at the Allen Institute for Cell Science, who discussed the application of CRISPR/Cas9 to create a dynamic visual model of human induced pluripotent stem (hiPS) cell organization. 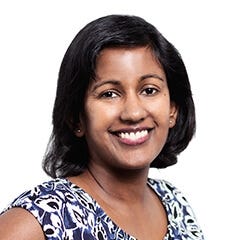 Ruwanthi (Ru) Gunawardane, PhD, is the director of stem cells and gene editing at the Allen Institute for Cell Science, where a multi-disciplinary, team-science approach is used to study the fundamentals of cell behavior. Ru leads a group of researchers creating a collection of high-quality gene edited stem cell lines that are used by the institute to study cell organization and activities through live cell imaging and are also made available to the research community. Ru joined the Allen Institute after spending 5 years at Amgen, where she developed assays to screen for novel therapeutics in oncology, inflammation, and cardiovascular diseases and help advance the early drug discovery pipeline. Prior to Amgen, Ru worked at Ambit Biosciences as part of a small team of scientists that identified and characterized AC220, a potent FLT3 kinase inhibitor that is currently in phase 3 trials for AML. Ru obtained her PhD in Biology from Johns Hopkins University, where she studied microtubule nucleation in the Drosophila and Xenopus model systems. She conducted her postdoctoral work at the Harvard Medical School, where she studied cell migration and invasion in mammary epithelial cells using 3D tissue culture model systems as a model for breast cancer progression. 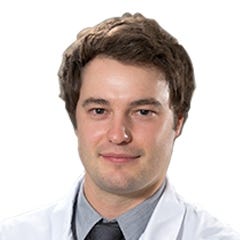 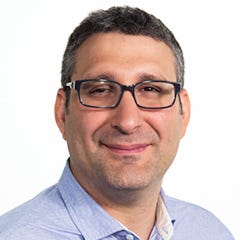 Adam Hirst completed his PhD in Stem Cell Biology from the University of Sheffield where his research focused on genomic instability in human pluripotent stem cells. He then worked as a Research Fellow at the University of Nottingham studying the specification of primordial germ cells in non-rodent mammals. Adam is currently a Scientist at STEMCELL Technologies, developing products to facilitate innovative techniques such as gene-editing in human pluripotent stem cells.

Vincenzo Macri completed his PhD in Physiology from the University of British Columbia. He then worked as a Postdoctoral Research Fellow at Massachusetts General Hospital and Harvard Medical School. His research work focused on human genetics, cardiac arrhythmias, cellular electrophysiology, and cardiomyocyte stem cell biology, for which he received Postdoctoral Fellowship awards from the Heart Rhythm Society and Massachusetts General Hospital. Vincenzo is currently a Senior Scientist at STEMCELL Technologies, developing products to support cardiomyocyte stem cell biology research.

Dr. Melanie Kardel, scientist at STEMCELL Technologies, describes the use of STEMdiff™ kits to differentiate human pluripotent stem cells to all three germ layers. This video was filmed during the Innovation Showcase at ISSCR 2016 in San Francisco. Human pluripotent stem cells (hPSCs) have many applications in developmental biology studies, disease modeling, drug screening and regenerative medicine. Advancement in each of these areas requires robust and efficient differentiation methods to direct hPSCs to specific cell types of interest. STEMCELL Technologies’ STEMdiff™ kits are standardized reagents that are rigorously optimized for robust differentiation to specific cell types derived from the three germ layers: ectoderm, mesoderm and endoderm. In this video recorded during the Innovation Showcase at the ISSCR 2016 in San Francisco, Dr. Kardel will highlight the development of the most recent STEMdiff™ products. These include the STEMdiff™ Trilineage Differentiation Kit, a simple culture assay for rapid assessment of pluripotency, as well as new kits for directed differentiation to several mesodermal lineages: STEMdiff™ Mesoderm Induction Medium, STEMdiff™ Hematopoietic Kit and STEMdiff™ Mesenchymal Progenitor Kit. Finally, she will discuss the expansion of our endodermal-related STEMdiff™ system to include the STEMdiff™ Pancreatic Progenitor Kit. In summary, this tutorial will highlight STEMCELL Technologies’ expanding differentiation product portfolio for hPSC research.

This qPCR array provides the gene expression profile of undifferentiated ES and iPS cells and their trilineage derivatives following in vitro directed or spontaneous differentiation, thereby validating the ability of a cell line to differentiate to the three germ layers. 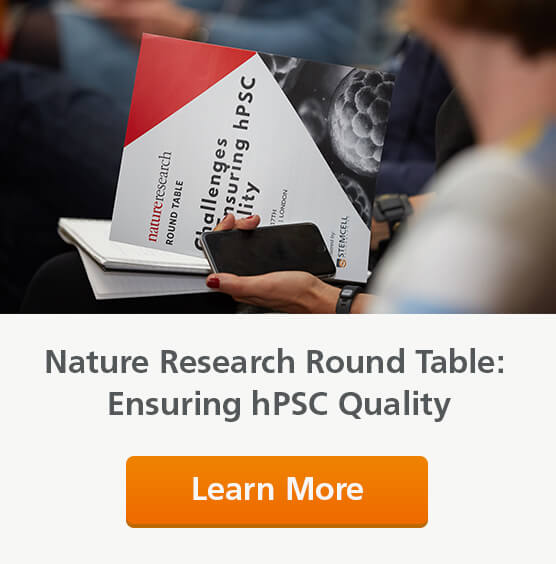