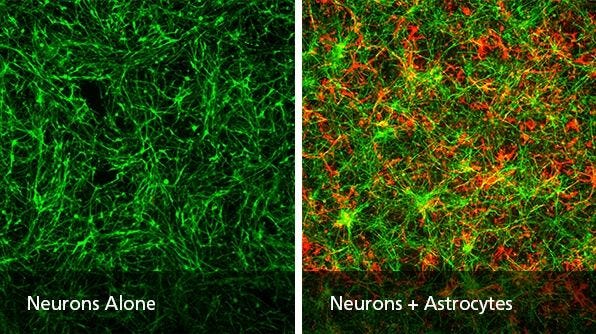 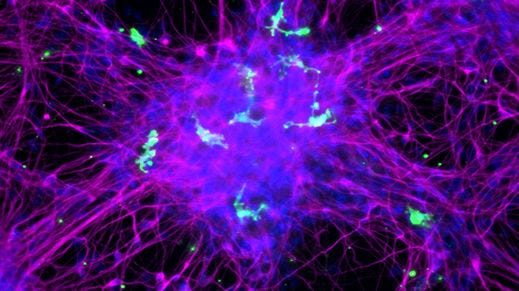 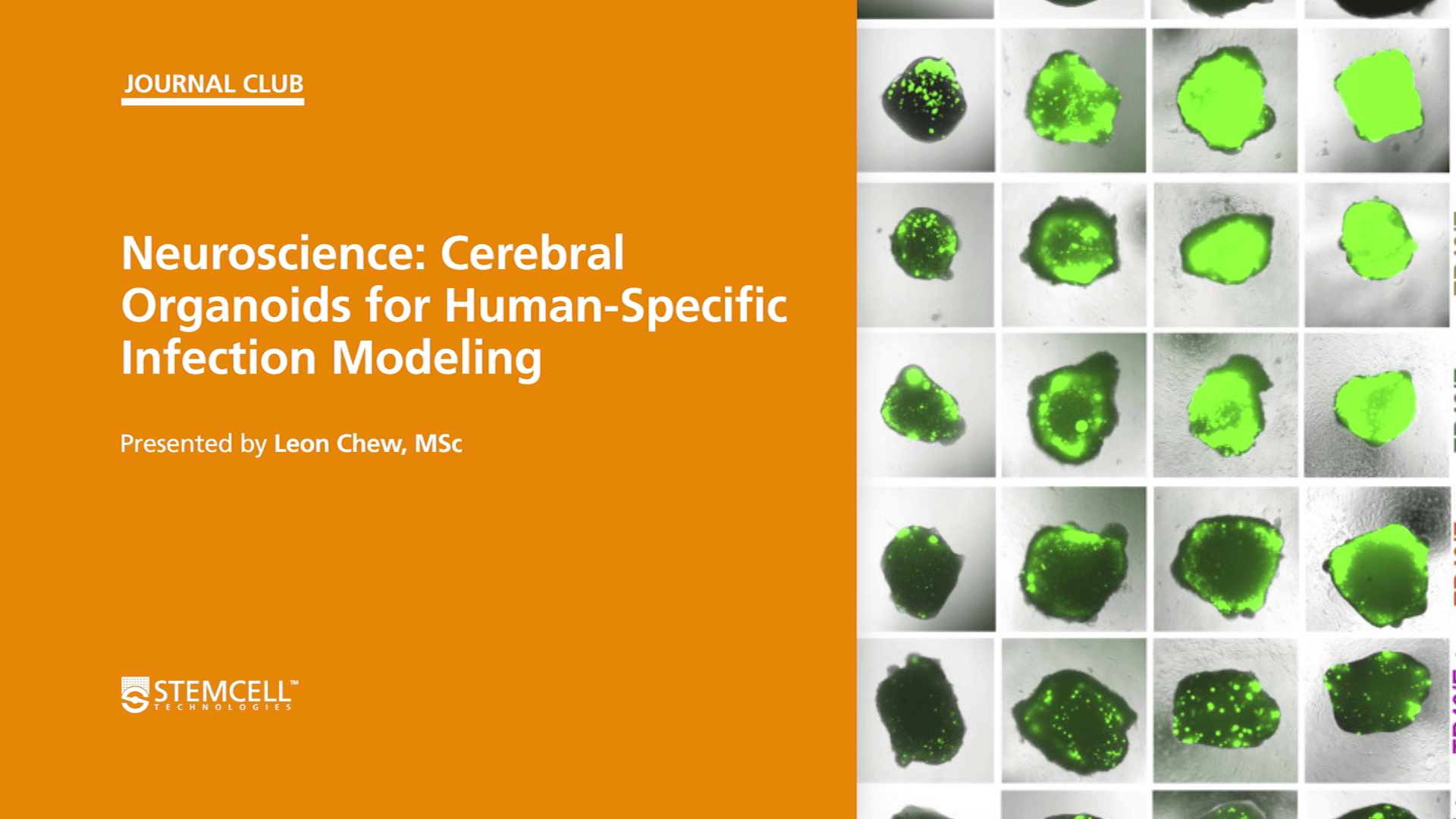 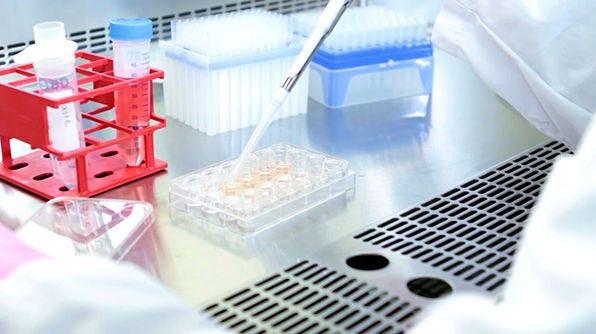 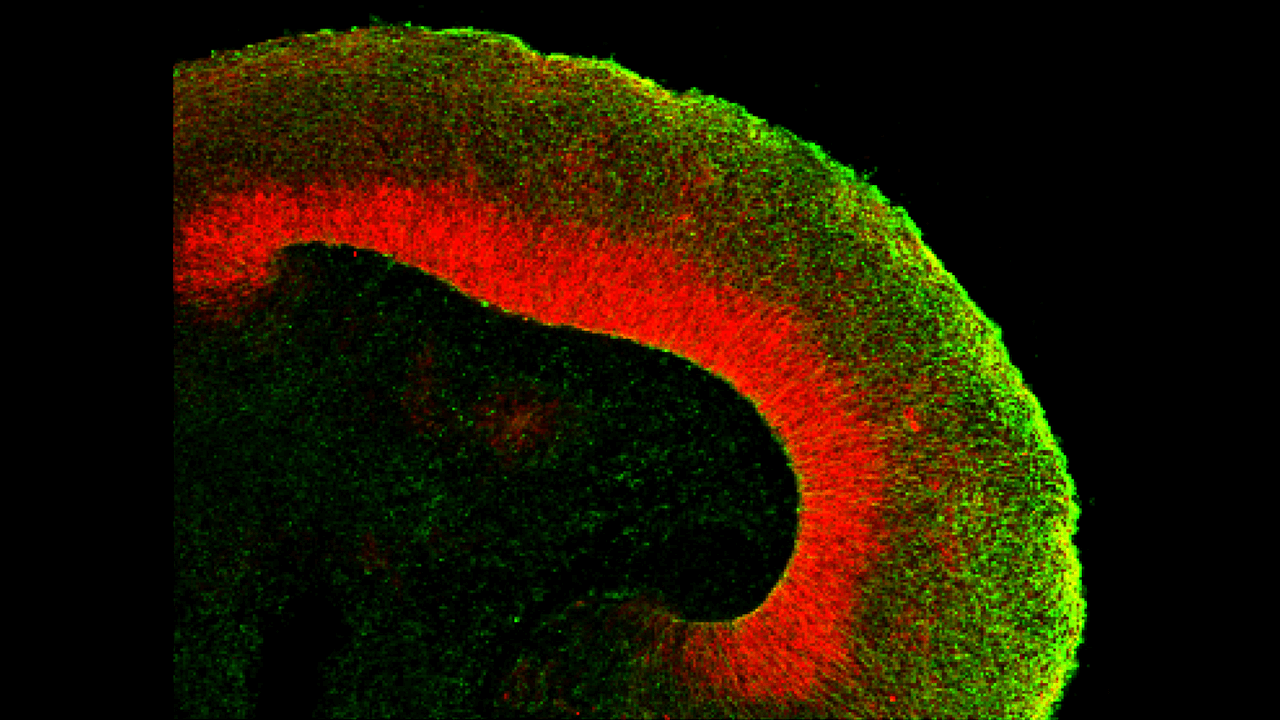 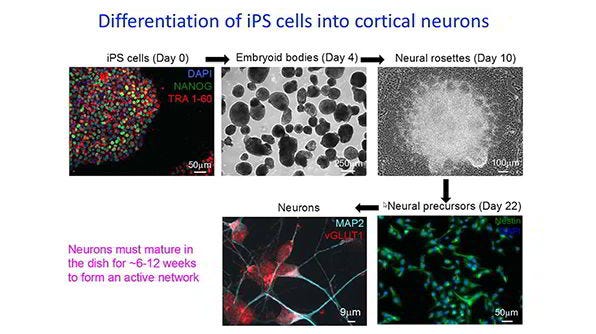 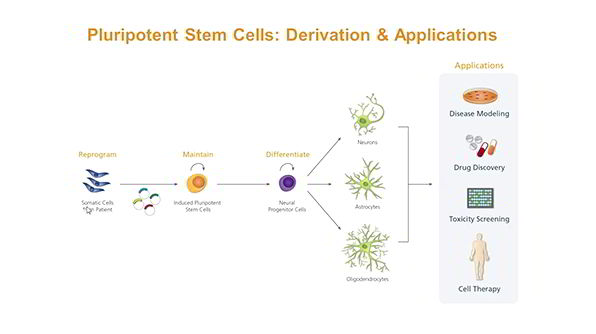 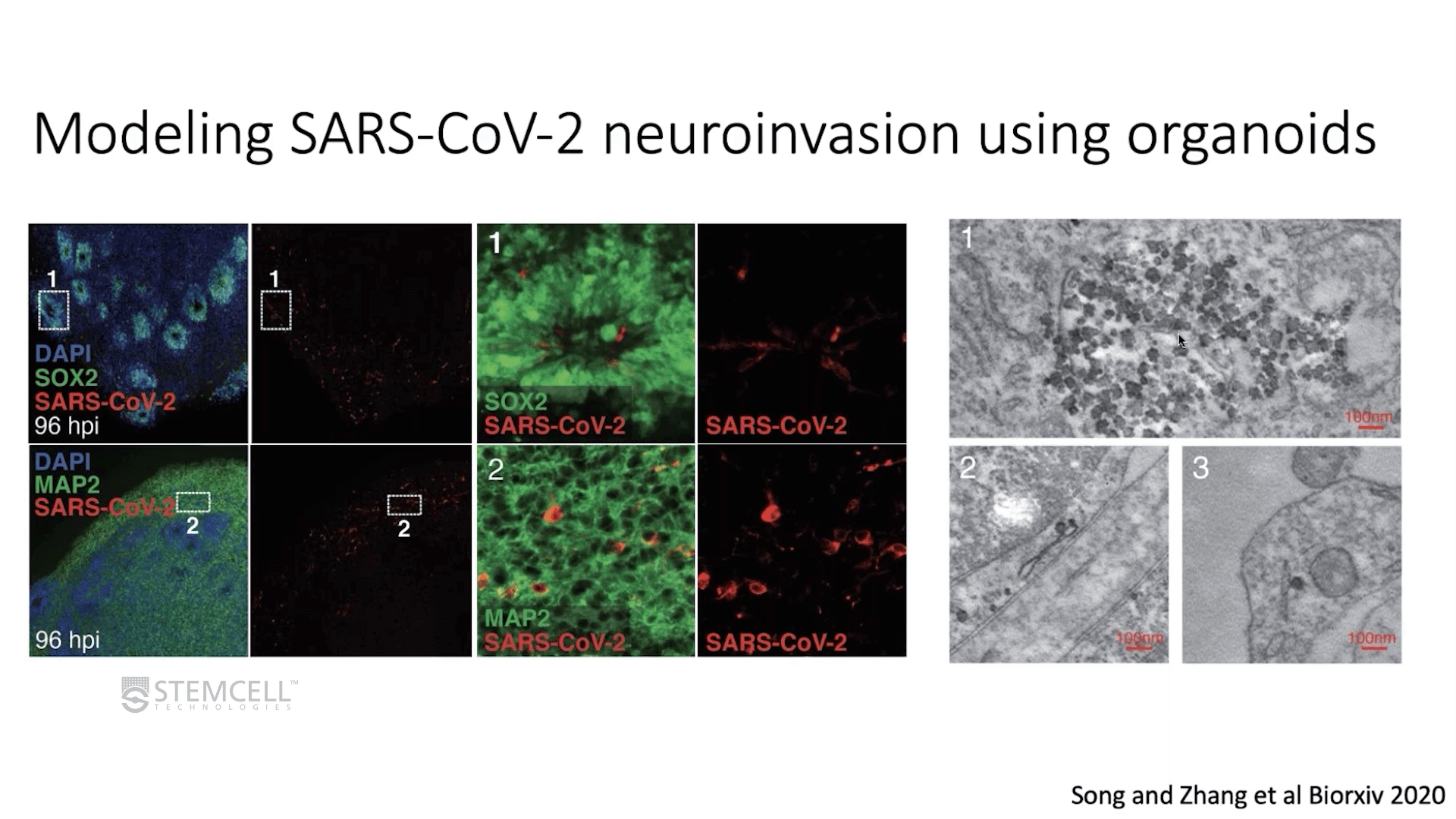 1:00:11
Exploring the Impact of SARS-CoV-2 Infection on the Central Nervous System
Scientific Poster 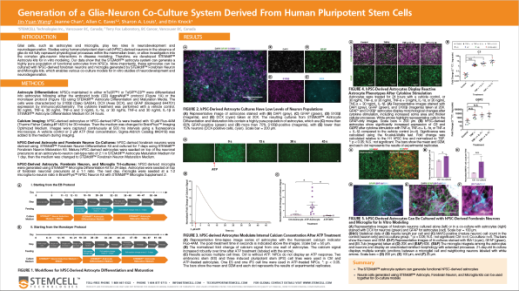 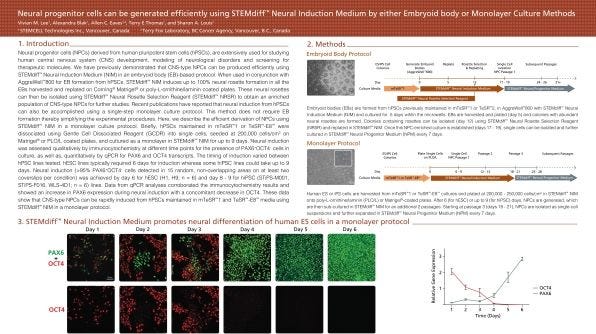 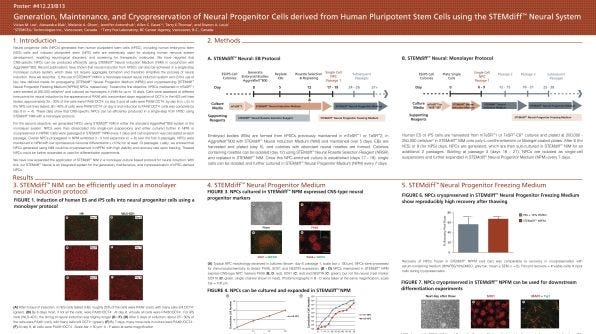 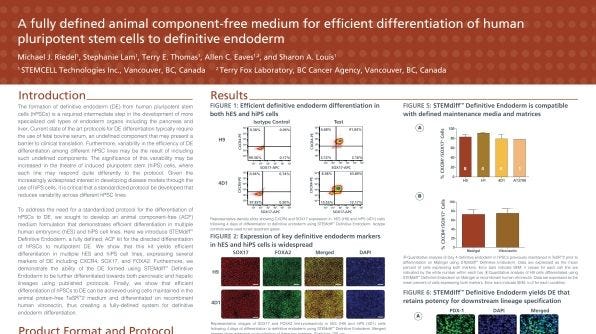 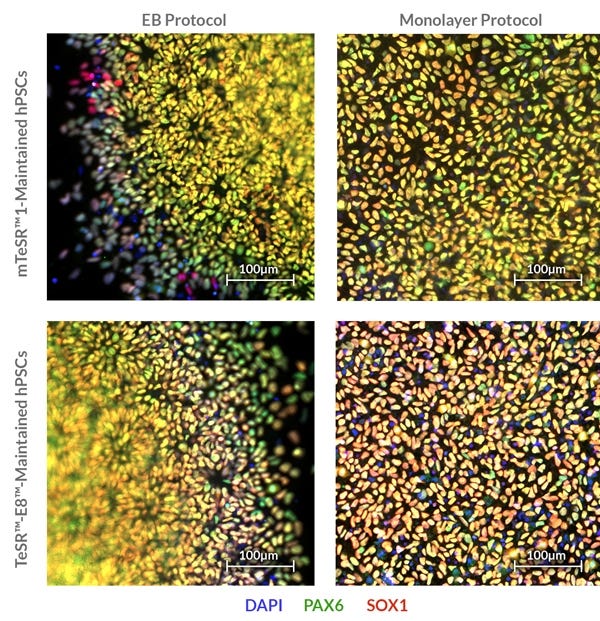 Multiple human ES and iPS lines (cultured in mTeSR™1 or TeSR™-E8™) were subjected to the monolayer neural induction protocol. Cells were harvested after 7 days in culture and processed for immunostaining with PAX6, SOX1 and SOX10 antibodies. Cultures were imaged and quantified using the high content imager ImageXpress Micro, which counts positive nuclei across the entirety of the culture well. n=3 replicates per cell line. Data showed that neural progenitor cells produced using the STEMdiff™ SMADi Neural Induction Kit expressed very high levels of CNS-type markers PAX6 and SOX1, while the neural crest marker SOX10 was low to undetectable. 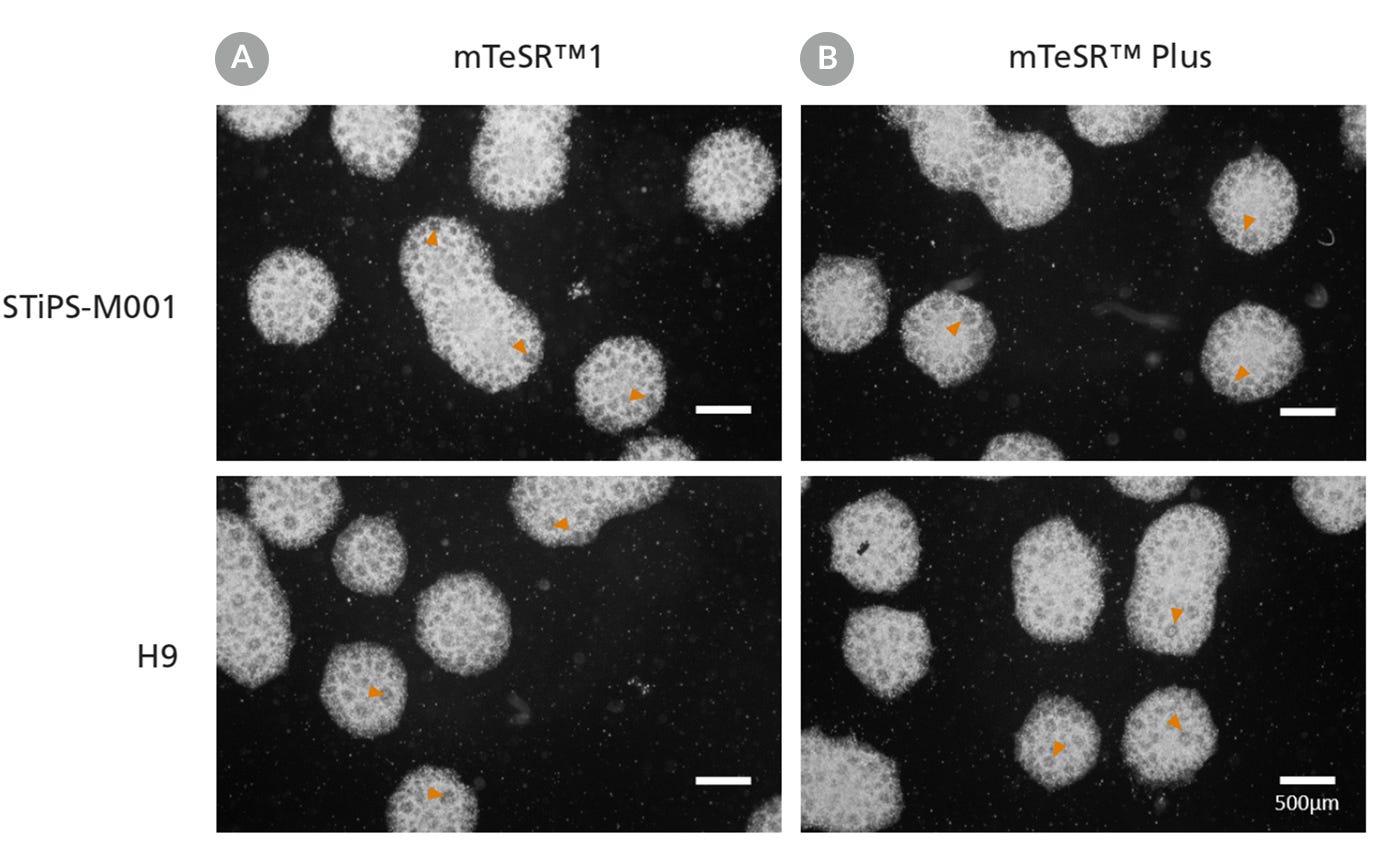 Figure 4. Generation of Neural Progenitor Cells from hPSCs Maintained in mTeSR™ Plus

Human ES (H9) and iPS (STiPS-M001) cells were maintained in (A) mTeSR™1 with daily feeds or (B) mTeSR™ Plus with restricted feeds and differentiated using an embryoid body (EB)-based protocol with STEMdiff™ SMADi Neural Induction Kit. Neural progenitor cells derived from hPSCs maintained in either mTeSR™1 or mTeSR™ Plus clearly display neural rosettes (arrowheads) after replating EBs.