The RPA-T4 antibody reacts with CD4, an ~59 kDa single-chain type 1 transmembrane glycoprotein and member of the immunoglobulin (Ig) superfamily; CD4 contains four extracellular Ig-like domains (D1 - D4). The epitope for RPA-T4 has been localized to the D1 domain of the protein, which has a structure resembling an Ig variable domain. CD4 is expressed at relatively high levels by most thymocytes and a subpopulation of T cells (T helper cells), and at lower levels by peripheral blood monocytes and macrophages. CD4 binds to a nonpolymorphic region of MHC II and acts as a co-receptor to the T cell receptor (TCR) in MHC II-restricted antigen recognition by enhancing the affinity of the association between the TCR and MHC II-antigen complex. CD4 also functions to amplify signals from the TCR to the cytoplasm through the interaction of its intracellular domain with cytoplasmic tyrosine kinases, such as Lck. Moreover, CD4 is a receptor for the human immunodeficiency virus (HIV). Binding of the RPA-T4 antibody blocks HIV binding and mixed lymphocyte reaction (MLR), and inhibits the activation of CD4+ T cells in vitro by interfering with the association of CD4 and HLA-DR. It also partially blocks the binding of antibody clone SK3. The epitope of the RPA-T4 antibody is reportedly sensitive to formaldehyde fixation. 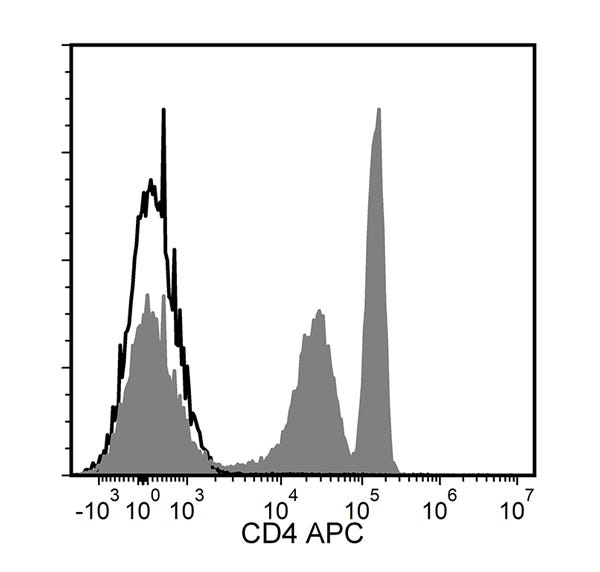 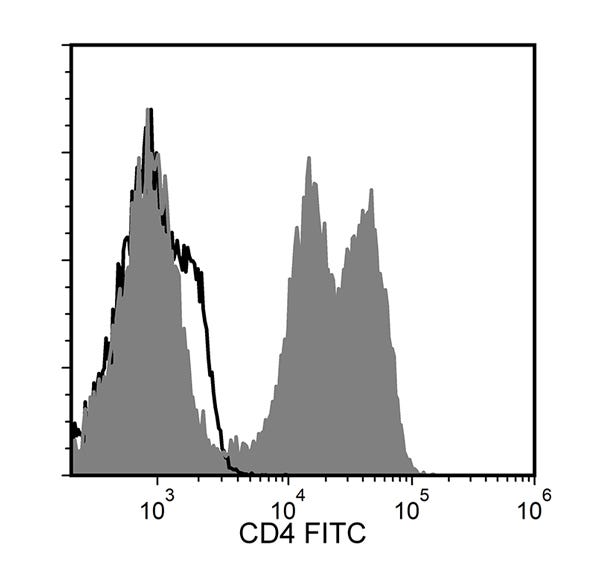 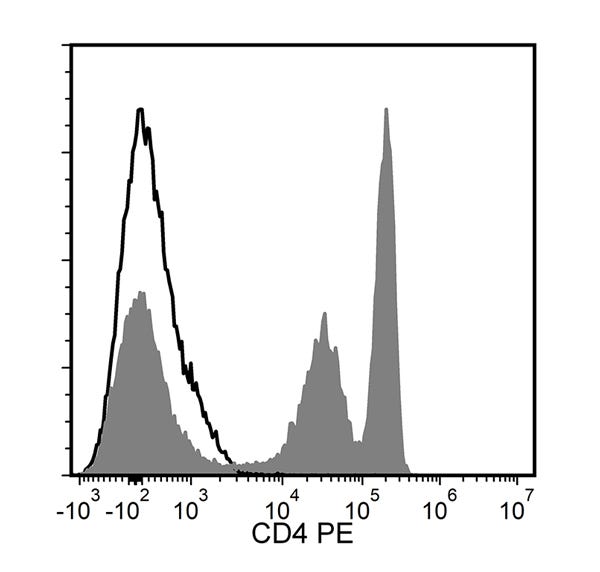 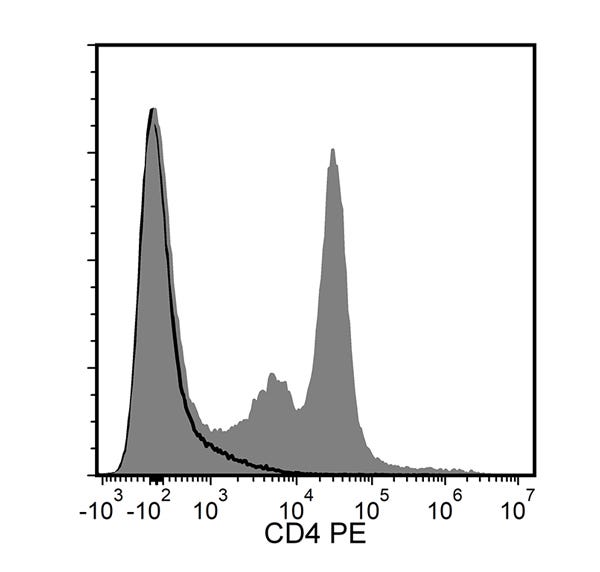