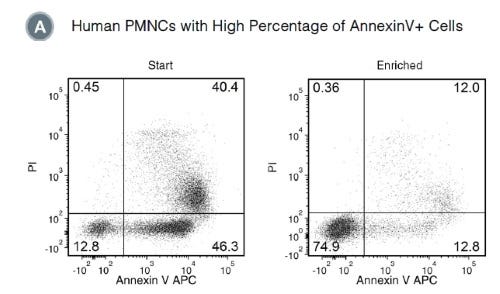 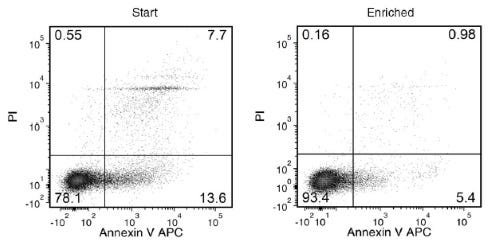 5:51
Video
How to Count Cells Using a Hemocytometer 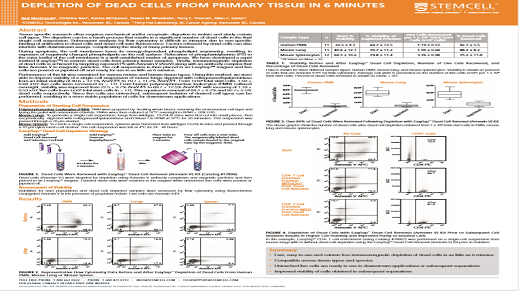 Pygopus 2 (Pygo2) is a coactivator of Wnt/$\beta$-catenin signaling that can bind bi- or trimethylated lysine 4 of histone-3 (H3K4me2/3) and participate in chromatin reading and writing. It remains unknown whether the Pygo2-H3K4me2/3 association has a functional relevance in breast cancer progression in vivo. To investigate the functional relevance of histone-binding activity of Pygo2 in malignant progression of breast cancer, we generated a knock-in mouse model where binding of Pygo2 to H3K4me2/3 was rendered ineffective. Loss of Pygo2-histone interaction resulted in smaller, differentiated, and less metastatic tumors, due, in part, to decreased canonical Wnt/$\beta$-catenin signaling. RNA- and ATAC-sequencing analyses of tumor-derived cell lines revealed downregulation of TGF$\beta$ signaling and upregulation of differentiation pathways such as PDGFR signaling. Increased differentiation correlated with a luminal cell fate that could be reversed by inhibition of PDGFR activity. Mechanistically, the Pygo2-histone interaction potentiated Wnt/$\beta$-catenin signaling, in part, by repressing the expression of Wnt signaling antagonists. Furthermore, Pygo2 and $\beta$-catenin regulated the expression of miR-29 family members, which, in turn, repressed PDGFR expression to promote dedifferentiation of wild-type Pygo2 mammary epithelial tumor cells. Collectively, these results demonstrate that the histone binding function of Pygo2 is important for driving dedifferentiation and malignancy of breast tumors, and loss of this binding activates various differentiation pathways that attenuate primary tumor growth and metastasis formation. Interfering with the Pygo2-H3K4me2/3 interaction may therefore serve as an attractive therapeutic target for metastatic breast cancer. SIGNIFICANCE: Pygo2 represents a potential therapeutic target in metastatic breast cancer, as its histone-binding capability promotes $\beta$-catenin-mediated Wnt signaling and transcriptional control in breast cancer cell dedifferentiation, EMT, and metastasis.
View publication
Exosome mimicry by a HAVCR1-NPC1 pathway of endosomal fusion mediates hepatitis A virus infection. M. I. Costafreda et al. Nature microbiology 2020 jun

Cell-to-cell communication by exosomes controls normal and pathogenic processes1,2. Viruses can spread in exosomes and thereby avoid immune recognition3. While biogenesis, binding and uptake of exosomes are well characterized4,5, delivery of exosome cargo into the cytoplasm is poorly understood3. We report that the phosphatidylserine receptor HAVCR1 (refs. 6,7) and the cholesterol transporter NPC1 (ref. 8) participate in cargo delivery from exosomes of hepatitis A virus (HAV)-infected cells (exo-HAV) by clathrin-mediated endocytosis. Using CRISPR-Cas9 knockout technology, we show that these two lipid receptors, which interact in the late endosome9, are necessary for the membrane fusion and delivery of RNA from exo-HAV into the cytoplasm. The HAVCR1-NPC1 pathway, which Ebola virus exploits to infect cells9, mediates HAV infection by exo-HAV, which indicates that viral infection via this exosome mimicry mechanism does not require an envelope glycoprotein. The capsid-free viral RNA in the exosome lumen, but not the endosomal uncoating of HAV particles contained in the exosomes, is mainly responsible for exo-HAV infectivity as assessed by methylene blue inactivation of non-encapsidated RNA. In contrast to exo-HAV, infectivity of HAV particles is pH-independent and requires HAVCR1 or another as yet unidentified receptor(s) but not NPC1. Our findings show that envelope-glycoprotein-independent fusion mechanisms are shared by exosomes and viruses, and call for a reassessment of the role of envelope glycoproteins in infection.
View publication
View All Publications