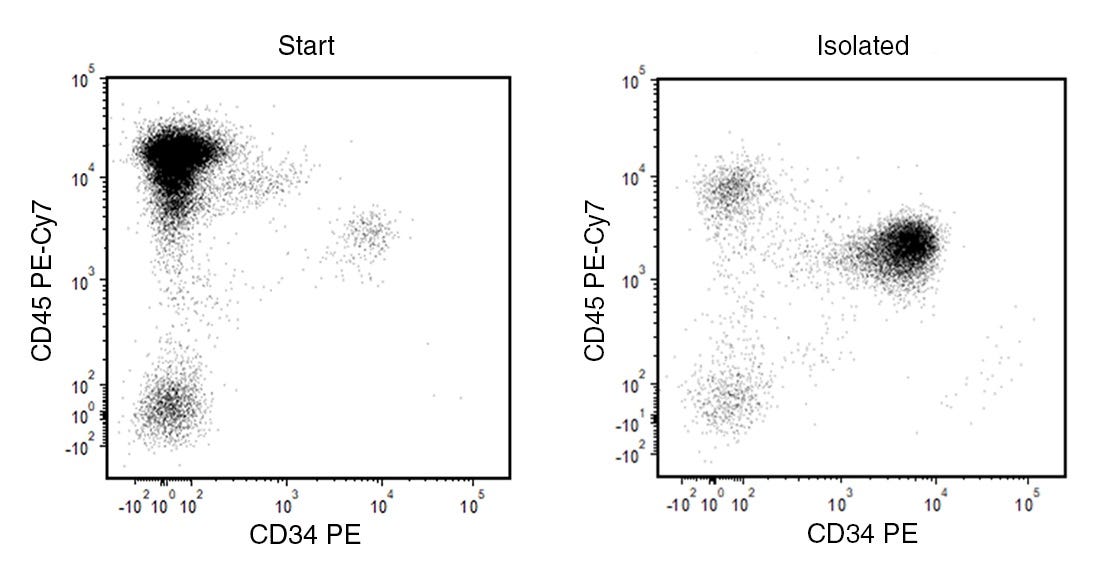 Hematopoietic clones with leukemogenic mutations arise in healthy people as they age, but progression to acute myeloid leukemia (AML) is rare. Recent evidence suggests that the microenvironment may play an important role in modulating human AML population dynamics. To investigate this concept further, we examined the combined and separate effects of an oncogene (c-MYC) and exposure to IL3, GM-CSF and SCF on the experimental genesis of a human AML in xenografted immunodeficient mice. Initial experiments showed that normal human CD34+ blood cells transduced with a lentiviral MYC vector and then transplanted into immunodeficient mice produced a hierarchically organized, rapidly fatal and serially transplantable blast population, phenotypically and transcriptionally similar to human AML cells, but only in mice producing IL3, GM-CSF and SCF transgenically, or in regular mice in which the cells were exposed to IL3 or GM-CSF delivered using a co-transduction strategy. In their absence, the MYC+ human cells produced a normal repertoire of lymphoid and myeloid progeny in transplanted mice for many months but, upon transfer to secondary mice producing the human cytokines, the MYC+ cells rapidly generated AML. Indistinguishable diseases were also obtained efficiently from both primitive (CD34+CD38-) and late (GMPs) cells. These findings underscore the critical role that these cytokines can play in activating a malignant state in normally differentiating human hematopoietic cells in which MYC expression has been deregulated. They also introduce a robust experimental model of human leukemogenesis to further elucidate key mechanisms involved and test strategies to suppress them.
Blood 2020 apr